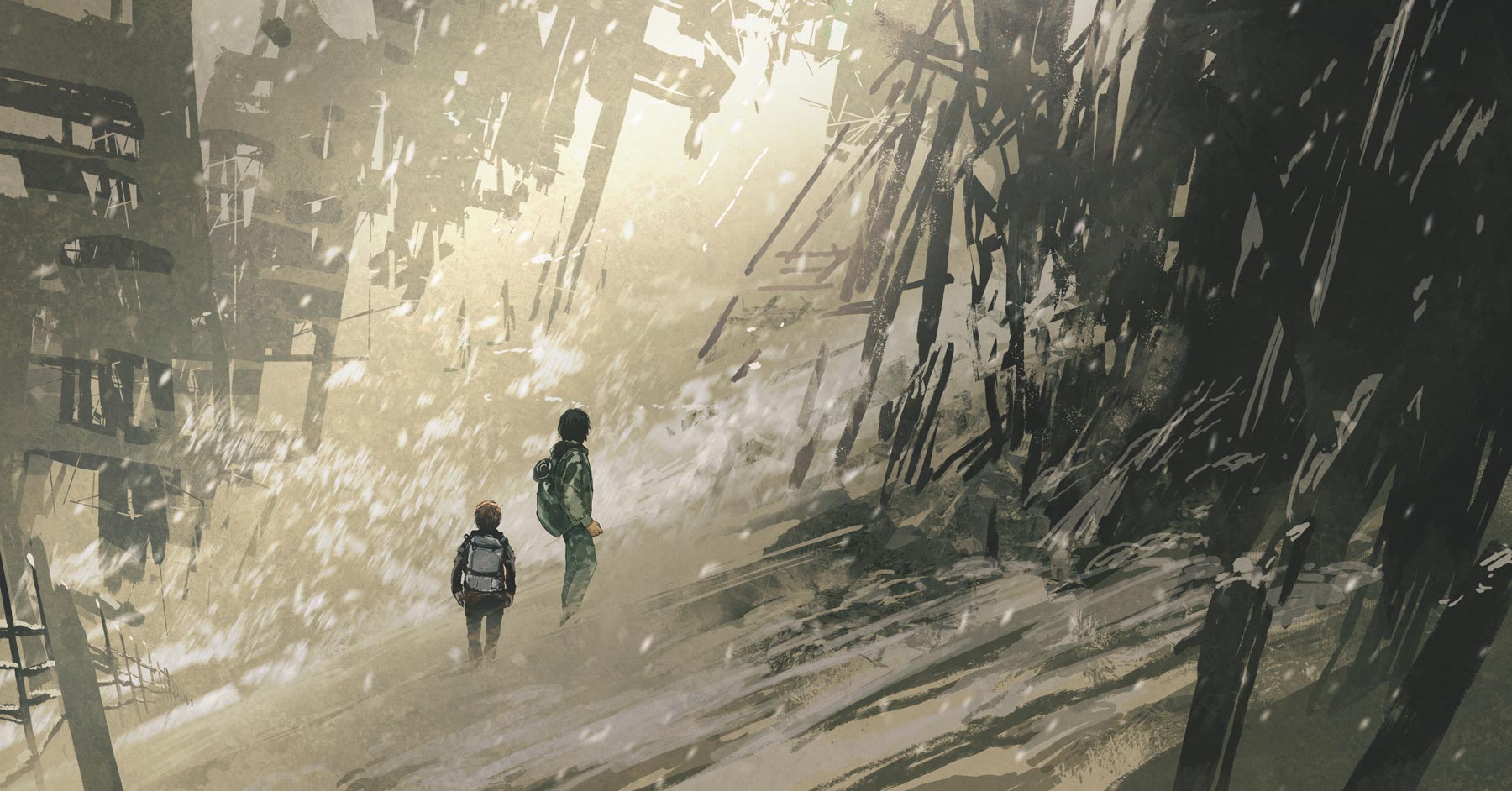 Young men are losing their 'why' – the path to Nihilism

The first little piggy built his house of straw.

I got into a conversation with a young man in a coffee shop today. I was drinking my coffee while mulling over the topic of nihilism for this article. I wanted a young man’s view­ – a fresh cultural perspective. The only young man in the coffee shop was the waiter and he seemed friendly enough – so I asked him if he’d answer some questions.

Firstly, let me refresh your memory, nihilism is the belief that there are no moral or religious principles to live by, and that there’s no overarching purpose in life – no higher being and everything ends at death. This is a prevailing worldview of young people who have come through our educational system.

I asked my waiter if he knew what nihilism was and if so, what he thought about it. After identifying that he knew what it was (he was a university student studying psychology) he told me that he kinda agreed with it.

“Because all structures in society are man-made.”

“Do you know Jordan Peterson?”

“Do you know what he says about nihilism?”

“Actually, I was just listening to him on YouTube. He said that there’s no excuse for nihilism because it prevents a person from making any real effort in life and nihilism obstructs the ability to discover for yourself. He questions the real reason for being so “god-damned hopeless.” He thinks that it just might be that it’s far easier for a person to be useless. Would you agree?”

“You’re an intelligent and learned young man studying at university, how do you think the young men who never study and research things like you would manage in life holding a nihilistic worldview?”

“[laughing] It would be pretty depressing.”

And the wolf came and blew that house down.

Those who have a ‘why’ to live, can bear with almost any ‘how’.

Vicktor Frankl was a Jewish Holocaust survivor and also a psychiatrist and psycho-therapist. He wrote the classic, ‘Man’s Search for Meaning.’ As someone who studied behaviour, he had the opportunity to observe man’s behaviour and responses in the most oppressive, degrading and hopeless of situations of a Nazi prison camp. He observed that when a man had purpose, then he was much more likely to survive. In fact, his research linked purposelessness to depression, addiction and criminal behaviour.

Frankl quoted this saying in his book, “Those who have a ‘why’ to live, can bear with almost any ‘how’.”

After his release, Dr. Frankl went on to develop what is known as logotherapy (from the Greek word ‘logos’ translated as meaning). The basis of the theory is that “the primary motivation of an individual is the search for meaning in life” and therefore his therapy centred on helping individuals find meaning.

Is it coincidental that as nihilism is filtrating through our society, we are seeing more depression in boys, more addictions (including pornography which is rampant), more criminal behaviour, and much more suicide?

The second little piggy built his house of sticks. 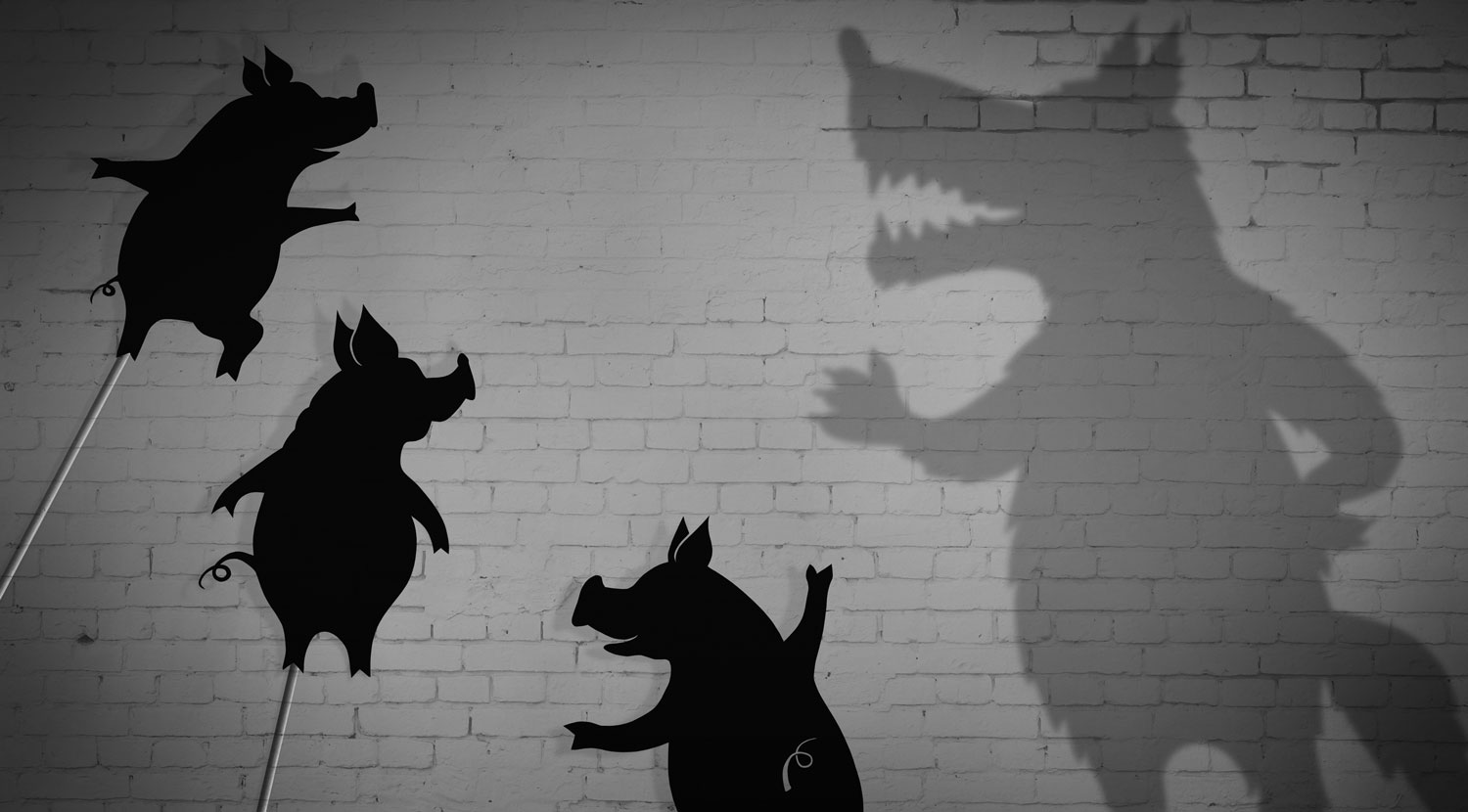 The following quote is from a male high school student posted on Reddit. This lost boy is in desperate need of some of Dr Frankl’s logotherapy.

I discovered Nihilism not so long ago and it made perfect sense to me and I felt that I now live knowing what was most likely the truth. That nothing matters. This was kinda cool at first but holy s**t is the truth depressing. I try to give myself my own purpose like people have suggested so that I don’t kill myself from lack of self worth … but despite all of these distractions I give myself the fact that I’m gonna die anyway and that it’s pointless keeps creeping back into my mind as I do things and I get really bummed out and lazy. Is it just teen angst? Any tips on how to deal with all of this would be greatly appreciated.

My tip for this young man, for what it’s worth, would be to not write-off the world before you have fully engaged it. You’re too young to come to such a dead-end conclusion that the problem of life is the world and not you. Or in Gen Z language, “Dude! Find your why!”

How many young people are walking away, confidently claiming that they don’t believe in God anymore?

A person’s belief system (whether a religion, a worldview such as humanism, secularism, statism or any other ism) acts as a protective structure for people, providing purpose, meaning and principles for life. But often they don’t have the strength to sustain any serious challenge. And when they collapse, as Jordan Peterson explains in one of his classes, you have two choices.

You can jump from one protective structure to another and some will do this multiple times (I wrote about an example of this in my last blog).

Or eventually, Peterson says, you reach a point where you believe that, “protective structures themselves are not to be trusted. Bang! You’re in chaos. How the hell are you going to get out of that?”

“That’s the path to nihilism.”

How many young people are walking away, confidently claiming that they don’t believe in God anymore? How many of them don’t believe in anything, and particularly Christianity which is a ‘man-made structure?’ And yet they embrace with open arms nihilism with its cohorts of atheism, relativism, wokism and its other hybrid cousins. Are they not simply ‘man-made structures’ too? Like the high school boy above, they’ve finally discovered ‘what was most likely the truth.’ At last something solid … but is it?

The little piggies then ran to the third little piggy’s house which was made of bricks.

Pondering all of these things, I read the Reddit quote above to my husband, interested to get his view. I watched his face change as he absorbed it all. His reaction? “What sort of screwed up human would make up this belief system? They must have really hated people!”

Unfortunately, the little piggy with the house of bricks was renting and hadn’t done a day’s work in his life. The wolf waltzed in the front door while they were all glued to their devices and that was pretty much the end of it.

“The rain came down, the streams rose, and the winds blew and beat against that house; yet it did not fall, because it had its foundation on the rock.” Matt 7:25

Yep, nihilism is only most likely the truth for some, but not the Truth.