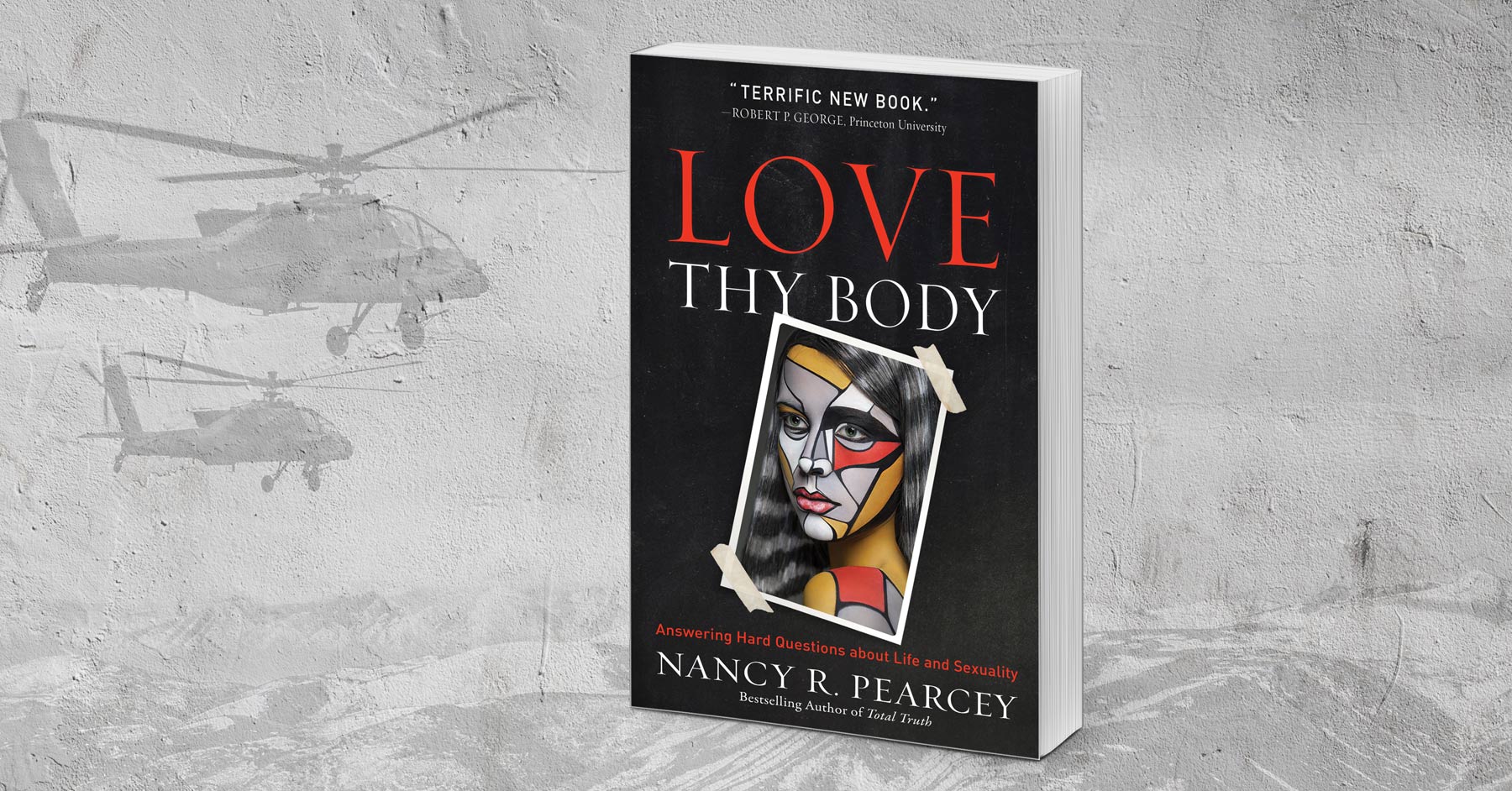 Love Thy Body. A book review

There are some great resources out there to help the church understand and to develop a response to contentious social issues that are impacting young lives.

On the touchy issues around sexuality and gender, it appears the horse has truly bolted, us older generations have been left standing in a cloud of dust stunned in bewilderment. This sense of confusion is causing Christians to react in ways that are not helpful or loving.

One of the best books I’ve read on the topic of the ethics of life, sexuality and gender is Nancy Pearcey’s, Love Thy Body: Answering Hard Questions about Life and Sexuality.

This book is a must for Christian parents, teachers and leaders. It touches on the deep issues that young people face in our current culture and provides Christians with the language to engage the issues in a way that secular people can grasp. Pearcey says that people today are not so much asking, is Christianity true, but why are Christians such bigots? This is because often people hear Christians saying, ‘the bible tells us so’ or ‘it’s a sin, it’s wrong, so don’t do it’. These types of responses are inadequate, even harmful.

People today are not so much asking, is Christianity true, but why are Christians such bigots?

Pearcey’s cultural and philosophical analysis about life and sexuality answers many important questions from a Christian worldview.

When I grew up it was generally understood that the psychological aspect of our mind and consciousness is intricately connected to our physical body, they are inseparable. There was never a question of having to learn this, it was something we accepted without question, without necessarily ever having it articulated. But now we are hit with statements like a person can be born into a different body. Or that gender and biological sex are different. What does this mean? It seems to go against the natural grain of things.

Pearcey explains that in today’s culture there is a new orthodoxy – or generally accepted theory. That the biological and psychological makeup of a person are not connected. She calls this the ‘Personhood Theory’ and describes it as a body/person dichotomy where the person has the moral and legal standing and the body is just an expendable biological organism. Or in other words, it is like they are two different entities. That’s why the person of a man can be born into a woman’s body and the person of a woman can be born into a man’s body.

This two-story division worldview, with the person on a higher tier than the body, means that the mind including desires and feelings have superiority over the body. That is why it is not the physical body that determines gender, it is the person, or the mind.

There is an ever-increasing number of casualties from this unscientific ideology that inflicts deep wounds of fragmentation and confusion.

This secular theory presents a very negative view of the body, Pearcey goes so far to say that it has a profoundly disrespectful view of the body. Children are being taught the Personhood Theory through the education system, which means they are essentially learning to estrange themselves from their bodies. We hear and see more and more children saying that they don’t know if they are a boy or a girl because they are taught to believe that their biological sex has nothing to do with who they really are. If you don’t think that this has reached our Australian public education system, then you need to have a conversation with the many parents of six and seven year-olds who come home from school telling their parents that they can be either a boy or girl. 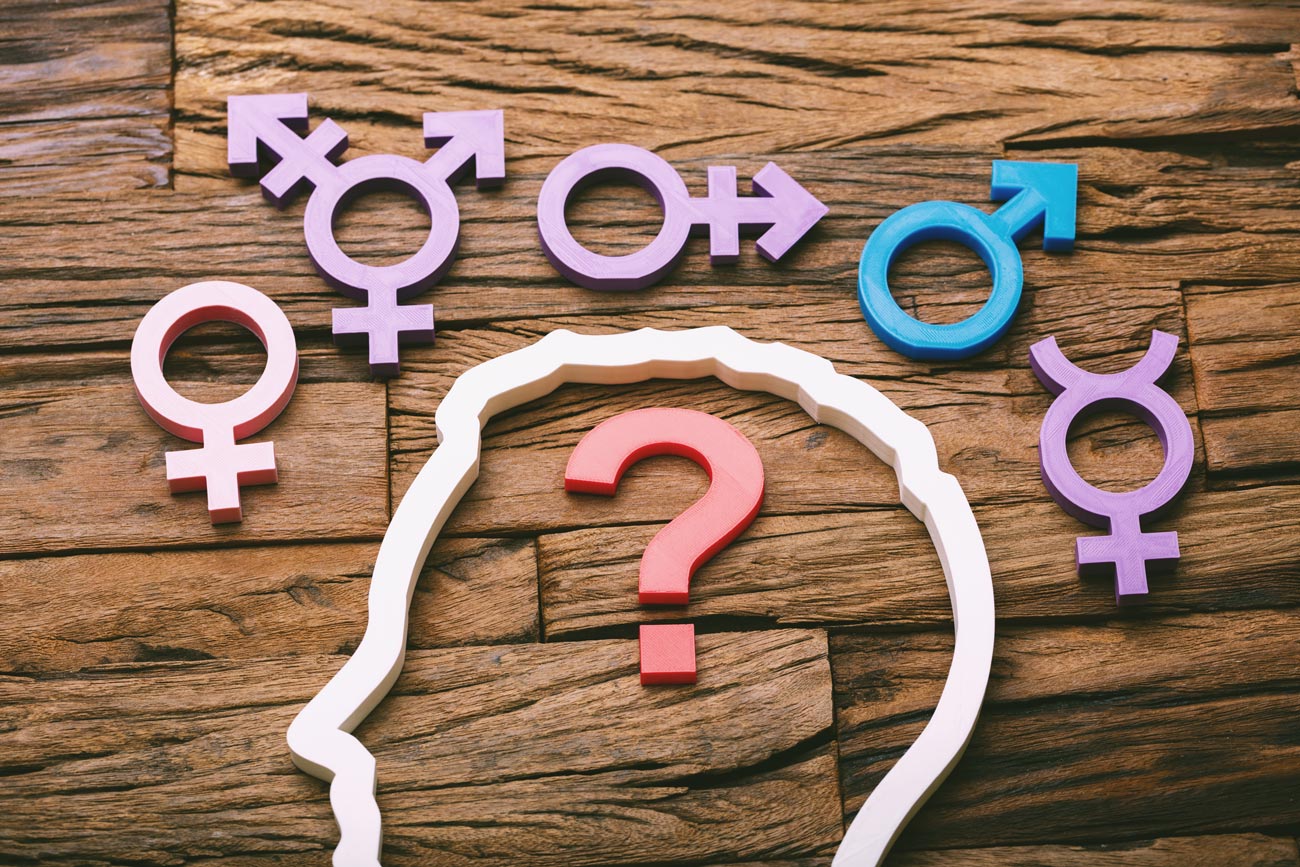 In order to understand the outworking of this Personhood Theory, Pearcey first explains some basics about the Christian understanding of body and soul.

A teleological view of nature means we believe that everything was designed for a purpose. An eye was designed to see, an ear was designed to hear, a wing was designed to fly, and so on. The Christian view of creation is teleological, we are designed with a purpose, both our bodies and our minds. There is no dichotomy of mind and body – we were created integrated and unified in ‘psycho-physical unity.’ We might express this in layman’s terms as going with nature, or what is natural or going against nature. Pearcey goes on to say, ‘We respect and honour our bodies as part of the revelation of God’s purpose for our lives. It is part of the created order …’

So, to accept this teleological view of our bodies, being designed with a physical purpose such as being created specifically male or female, it provides us with indicators to our personal identity. The way a body functions lays out the rational grounds for our moral decisions – or our moral decisions should not contradict the design and value of our created bodies. This is the reason that Christians always take into consideration the biological facts when addressing issues such as abortion, homosexuality, transgenderism and so on.

Darwin’s Theory of Evolution does not hold a teleological view that all things were created with a purpose. That view purports that everything happened by chance, there is no Intelligent Designer. Logically this means that there is no moral law and if no moral law, then we can make up our own. Nihilism, the religion of today’s young people, is the natural outworking of this, it purports that life is meaningless and there are no moral laws to obey. I have written about Nihilism in a previous article here.

The personhood theory provides a rationale for life issues and sexuality such as:

Abortion, because the unborn baby is only a body and does not yet have personhood until birth or perhaps some time post birth.

Euthanasia, because the body can exist without personhood or embodiment which gives quality of life.

Transgender/homosexuality, because the body does not determine sexual compatibility or gender identity.

Hook-up culture/sexual promiscuity, because the act of sexual intimacy is something one does with their body and is detached from the person.

This book is a must for Christian parents, teachers and leaders.

In providing insight and advice on how the church can engage gently, compassionately and in love, Pearcey titles one of her subheadings: A Rescue Mission, Not a Culture War. She encourages Christian families to open their homes to the hurting and the broken in hospitality and love. She encourages the church to engage the whole person.

There is an ever-increasing number of casualties from this unscientific ideology that inflicts deep wounds of fragmentation and confusion. The church must welcome with open arms lost sons and daughters who are broken and hurting. We must also articulate clearly what Scriptures teach, that humans were created in the image of God, in psycho-physical unity, affirming the dignity and the value of the body.

Every Sunday, many Christians recite the Apostles Creed, expressing the foundation of our faith. In it the last line professes that we believe in the resurrection of the body and life everlasting. I’m deeply encouraged that I can rejoice in the promise of God that one day we will have renewed, resurrected physical bodies.

I end with a quote from an interview with Pearcey:

[The Christian worldview has] an incredibly positive view of the physical realm. I have studied world religions and philosophies and I have to tell you that there is nothing like this in any other religion or philosophy. And so Christians should be incredibly excited and happy to be able to communicate to people, we have a very high view of the significance and value and meaning of the physical realm because we are the product of God’s own creation!