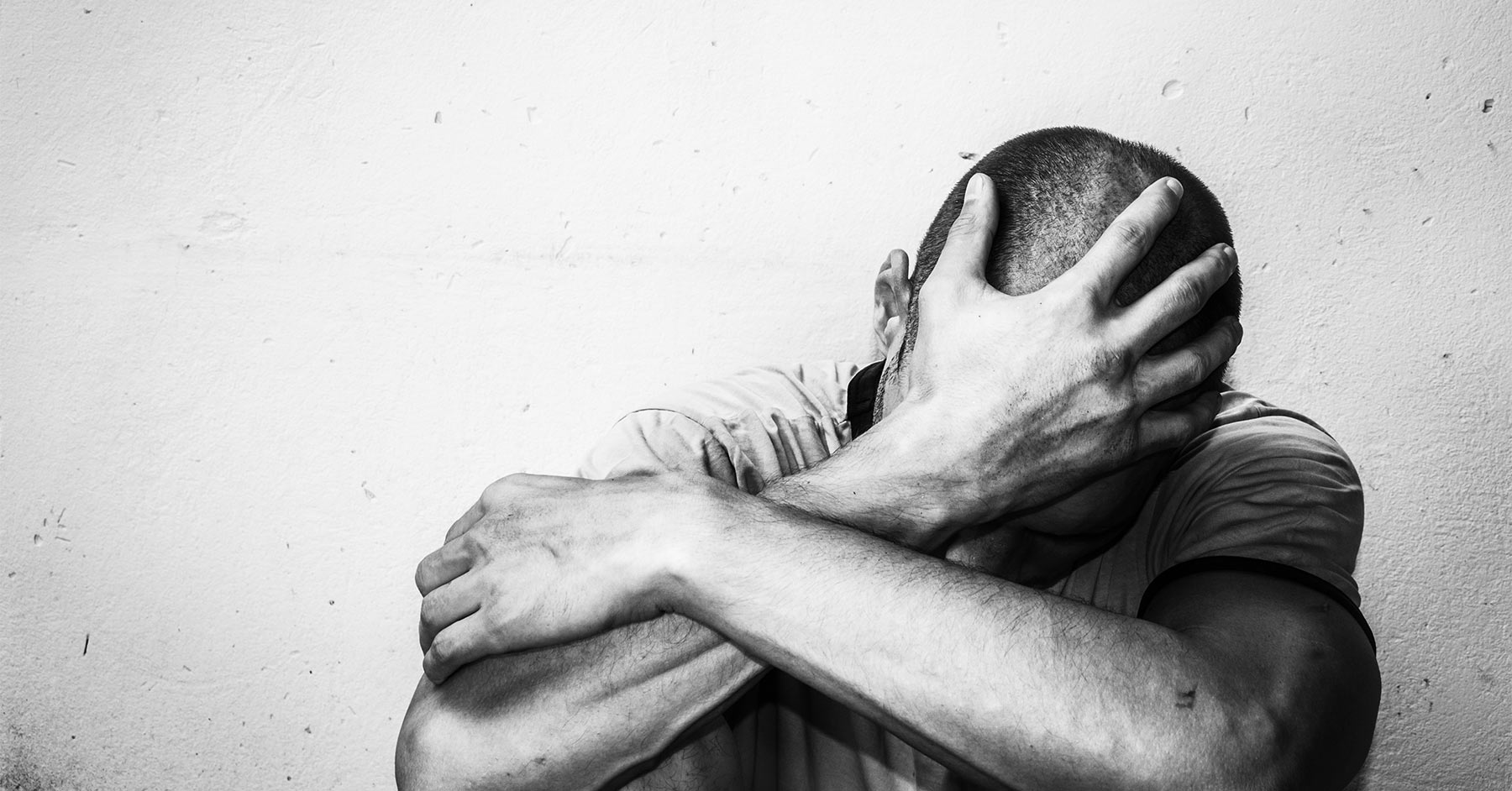 Life is never made unbearable by circumstances, but only by lack of meaning and purpose. ― Victor Frankl, Jewish Holocaust survivor

When Viktor Frankl arrived at the Nazi prison camp, he immediately promised himself that he wouldn’t ‘run into the wire’ a term for the most popular form of suicide in which inmates would grab the electrified barbed wire fence. The other common form of suicide was simply to give up. Frankl (a psychiatrist) saw and described first hand how men lost the will to live, everyone learned the signs. It would generally happen like this:

One morning a man would refuse to get out of bed, no amount of entreaties by his room mates or beatings by the guards had any affect. If his crisis was due to an illness, then he refused to be taken to the sick bay or to try to help himself. The man laid on his bunk, in his own excreta and there he stayed until he died. He was no longer bothered by any one or any thing.

When men lost hope of the future, they lost the will to live.

Frankl recounts situations of fellow prisoners making up their minds to commit suicide and used what Frankl recognised as the typical argument that they had nothing more to expect from life. Frankl’s challenge was to help them realise that life was still expecting something of them; something in the future was expected of them. Things like, who would take care of their family if they survived? Who would raise his children? And that project or dream that they had been working on, a book, a piece of art, a composition of music, building a home, starting a business, clearing land, inventing something and so on.

Frankl made some brilliant observations which he later wrote about in his book Man’s Search for Meaning. When men lost hope of the future, they lost the will to live. Those who were able to survive were typically the ones who found meaning in their life and suffering.

I recall Frankl’s story because we are in the midst of a male suicide crisis where boys and young men in their prime are ‘running into the wire.’ And COVID, front and centre, seems to be exacerbating it.

COVID is all over the news and social media, everyone is talking about it, lives have been turned upside down by it. The police are enforcing new laws, the borders are closed, the army has been called in, schools and churches have been shut, curfews enforced and even people going to jail. COVID is portrayed as a menacing and dangerous enemy, and we have to be on high alert.

Australian COVID deaths have taken 2.5 people on average every day since the pandemic was declared, 83% of them are over 70 years, many in nursing homes. (Last updated 11/10/2021 Check out the latest data here.)

Every week around 45 boys and men are committing suicide, over six per day.

While we have our eyes locked on COVID, boys and men are deciding that they have nothing more to expect from life and taking their lives at record rates. Every week in Australia around 45 boys and men are committing suicide, over six per day.

Think about it, too many boys and men living with an utter loss of hope.

Frankl quotes Nietzsche in his book Man’s Search for Meaning, “Those who have a 'why' to live, can bear with almost any 'how'.”

Suicide is the biggest killer of boys and men 15-44 years. To date in Australia, COVID has only taken 13 men under 40 years of age.

I’m around young people daily and more than ever I have been hearing stories of young men in their circles who have tragically ended their life. It is often so sudden and without sign that it leaves them in a state of shock.

Our young men are losing their why.

We are in the midst of a male suicide crisis, which I talk about in my book Lost Boys, but the COVID crisis is exacerbating the situation and causing a mental health emergency as anxiety and depression rates are skyrocketing:

The consequences of that, coupled with the long-term psychological distress caused by unemployment and its myriad side-effects, will see suicide rates jump sharply.

"The predicted increase of suicides is 25 per cent each year for the next five years,” Professor Ian Hickie … at The University of Sydney, said.

"That’s 750 extra deaths by suicide a year. It’s an enormous number. It will be a massively bigger death toll than COVID."

And this from the Australian Men’s Health Forum:

New modelling by the centre has forecast … a projected increase of up to 30% among young people aged 15-25.

This is in addition to the 3000 plus lives that are lost to suicide each year, a great percentage of which are male.

And this from USA:

Doctors in Northern California say they have seen more deaths from suicide than they’ve seen from the coronavirus during the pandemic.

“The numbers are unprecedented,” Dr. Michael deBoisblanc … told ABC 7 News … adding that he’s seen a “year’s worth of suicides” in the last four weeks alone.

And finally, the most recent Centre for Disease Control research headline:

And it’s not over yet.

I’m not suggesting that COVID-19 isn’t a significant issue. It is. And had nothing been done to combat the virus we would certainly have a much higher death toll to date.

Likewise we must respond to the crisis impacting our young men. 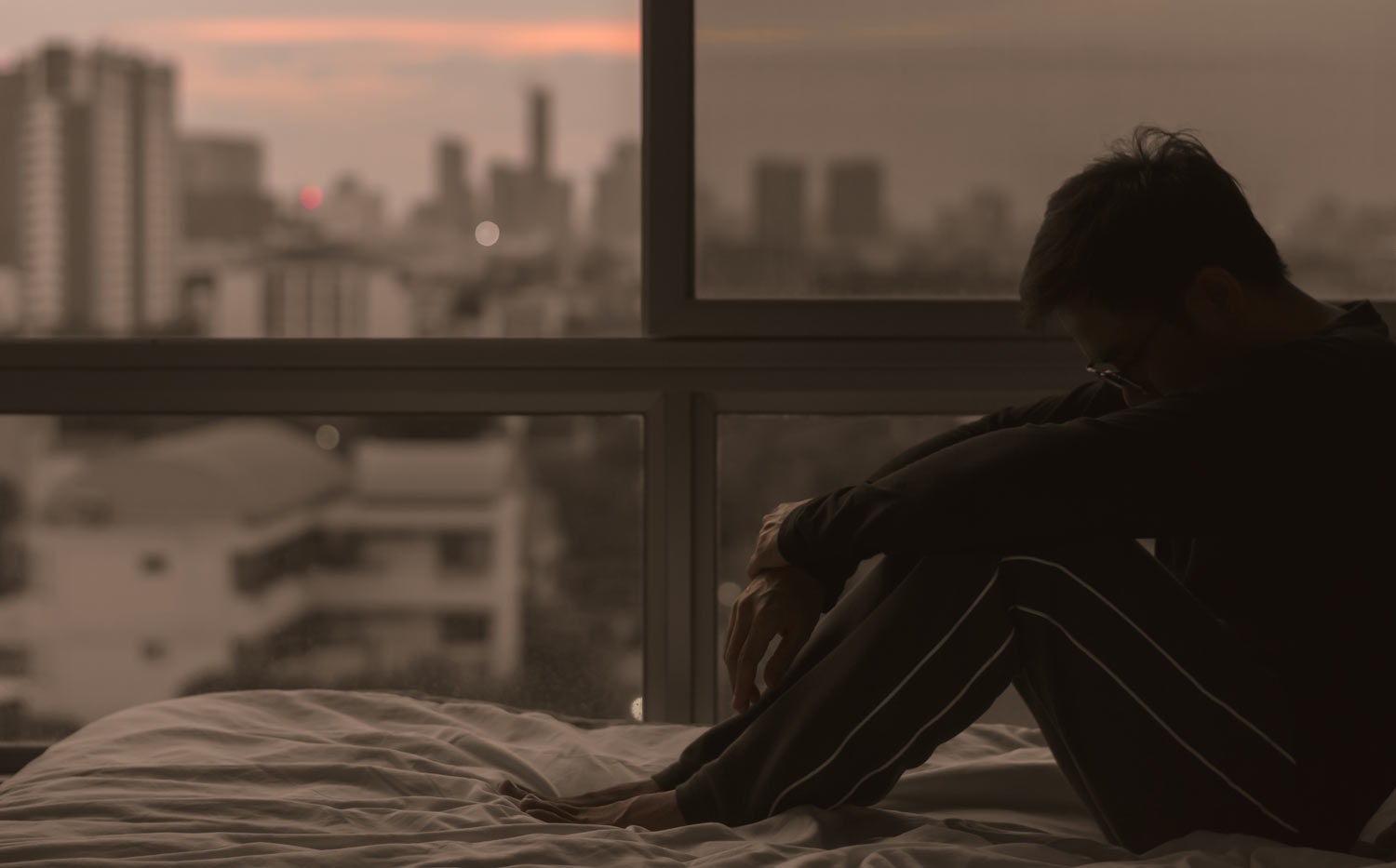 Some of you reading this article will be, or have already been impacted by the suicide of a son, a grandson, a brother, a father, an uncle, a grandfather, or a mate because 75% of suicides in our nation are males. This is beside the well over 110,000 ambulance call outs per year for men experiencing acute mental health issues like self-harm, suicidal threat or ideation and suicide attempt.

As to the causation, of the feeling of meaninglessness, one may say, albeit in an oversimplifying way, that people have enough to live by but nothing to live for; they have the means but no meaning. ― Viktor E. Frankl

The means but no meaning.

And this leads to despair, a state of utter hopelessness.

Although we are living in the most prosperous times in history with so much of life’s luxuries and conveniences at our fingertips, and the most advanced in medical science, not even they have been able to lower the escalating male suicide rates.

How does one treat meaninglessness?

Our boys need meaning and purpose, it’s what they are desperately seeking and our nihilistic culture is failing miserably to provide it for them. In fact, our culture tells our kids to find their own meaning. Ben Shapiro hit the nail on the head when he said a couple of years ago:

There is a crisis of meaning happening among young people. That crisis of meaning is directly related to a loss of religion … Suicide rates have tripled among young people in the US between 2006 and 2016. There’s a reason for this: right now young American children growing up in the freest most prosperous country in the history of mankind are killing themselves at record rates. And this is happening for a very specific reason, it’s happening because we are not providing them meaning … our culture is militantly opposed to us providing that meaning for our children … They’re supposed to find meaning in the idea that they get to define their own meaning. That their morality is above God’s morality, and there is no transcendent truth … there is just the truth inside of you. Well guess what, people suck at finding their own truth.

It’s time to focus on the deadliest enemy – our crisis of meaning - before it’s too late.

­­­Keep informed, advocate and pray for our boys and young men.

For more information on suicide and how to check in with someone, Beyond Blue has some great resources here. Or if you need immediate help call Lifeline 13 11 14.

Youth for Christ has a passion to bring the message of hope, the Gospel, to the lost of this generation, particularly those who have lost their why.

Learn more about the spiritual battle we are facing by signing up for our free webinar here.