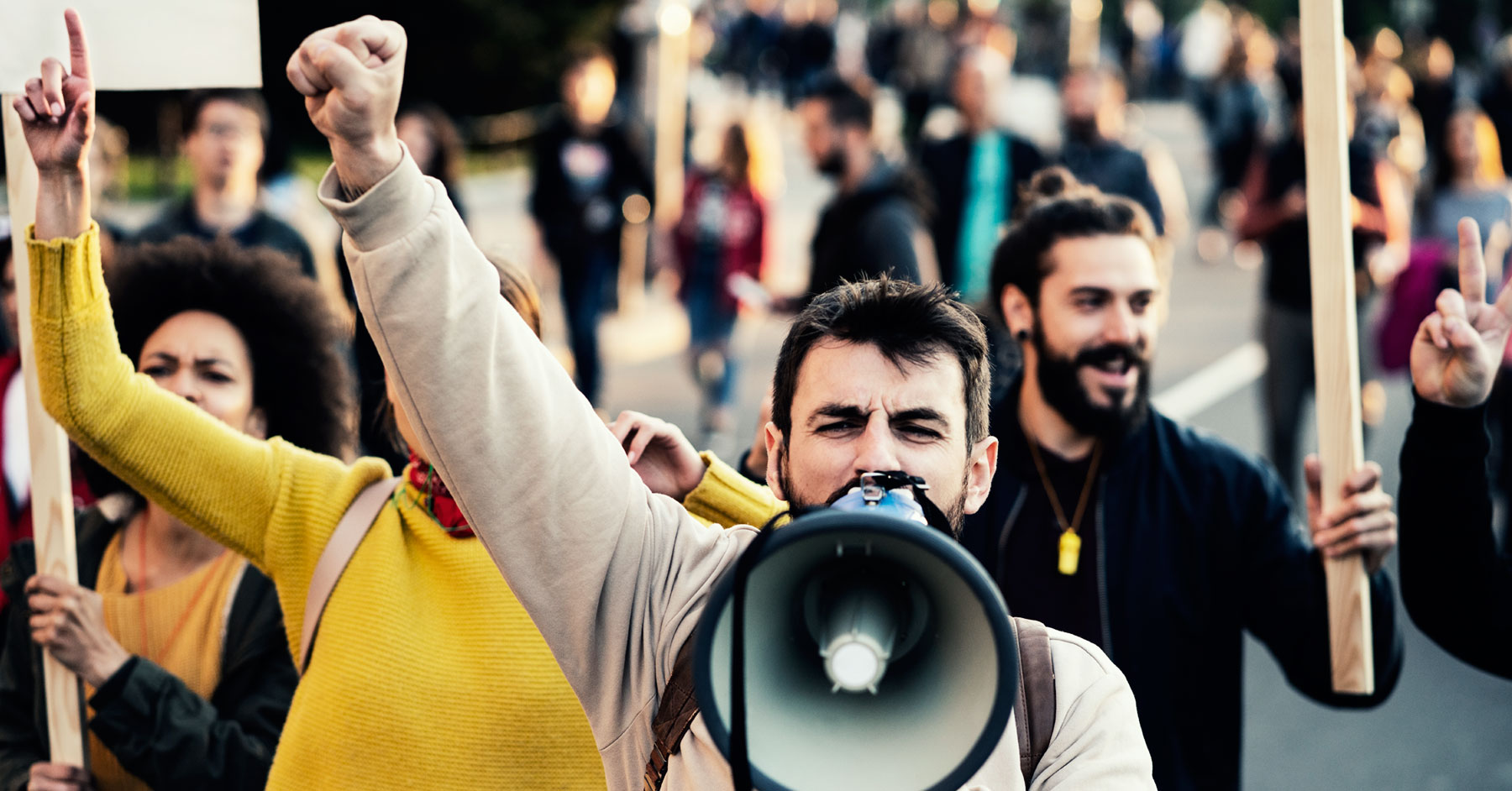 Is silence really violence? The uprising of the woke generation

We are in a bitter culture war. Young people are graduating our education system not with freedom and diversity of thought, but with a new framework for understanding life -- a new worldview-- which is somewhat angry, anti-authority and anti-biblical. And the older generations cannot quite put their finger on why young people are so angry. They’ve been the most pandered generation in history.

Currently the West seems like it’s having some sort of social breakdown with racial riots in the US, protests and angry social media debates. This is the outworking of what is known as woke ideology – it’s shaping the worldview of today’s generation while agitators fan the flame. And it’s dangerous.

Like so many others, I want to sound the alarm.

Young people are graduating our education system not with freedom and diversity of thought, but with a new framework for understanding life

In my book, Lost Boys, I explain the current spiritual battle and I emphasise that the church must intentionally train and disciple youth, both spiritually and intellectually to equip them to recognise various worldviews or ideologies and, discern or weigh them in light of Scripture. I shared a quote by Jeremy Boring that expresses it so well:

When you teach your children only caricatures of the arguments against your own position, you send them into battle worse than unarmed. You send them into battle against mechanized armies with wooden swords painted silver. And they think they are actually armed, and then they get out in the world and they hear actual smart arguments against what they believe, and they crumble. And when they crumble, they believe what my parents taught me is a lie because they led me like a sheep unto the slaughter.

To repeat, there are many Christians, of all racial backgrounds, sounding the alarm to their brethren who are jumping on the social justice bandwagon, posting black squares and judgemental and divisive statements like silence is violence. 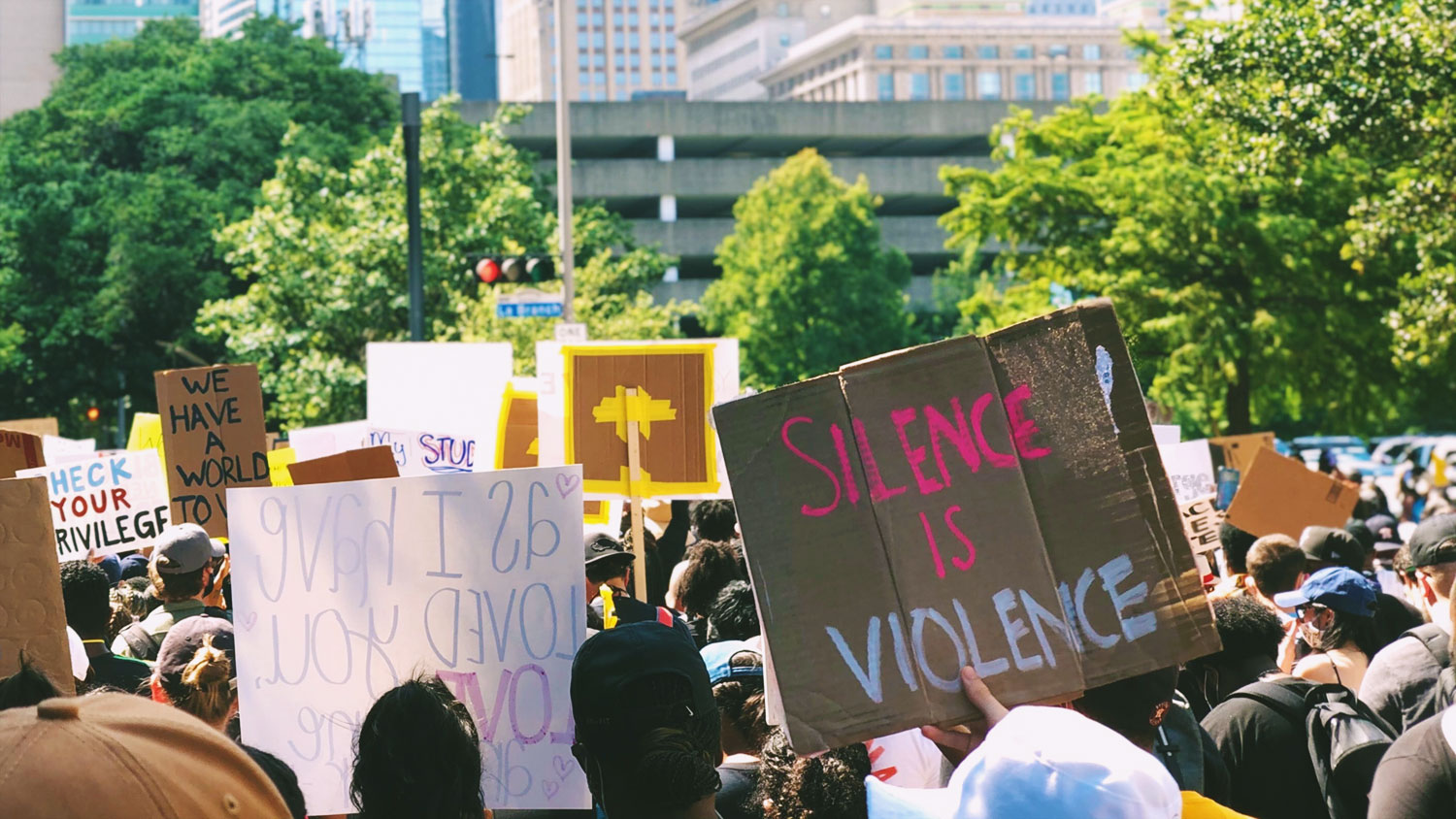 As Christians we so much want to stand against injustice, including racism and so we should.

The value of life and justice are intrinsic to the values of Christianity and I don’t know anyone who would disagree that black lives matter. But surely something is not right when Christians are finding themselves pressured to publicly support the BLM movement which is fundamentally anti-family and anti-Christian as we see from their website.

The framework of this movement is critical race theory (CRT) or in a broader scope critical theory (CT).

Critical theory is another gospel. And in parts it sounds very Christian.

What is critical theory? It’s a way of viewing the world through the lens of domination and oppression and it has been influential in the studies of history, law, literature, social sciences, feminist studies, anthropology, post-colonial studies and so on since the 1970’s. According to Britannica, critical theory is a Marxist-inspired movement in social and political philosophy. Critical theory divides the world into groups, the oppressors and the oppressed. Groups that are oppressed may belong to a race, class, gender, sexuality and so on.

When one is supposedly awakened to this new lens of seeing the world through critical theory – oppressors and the oppressed – then one is deemed woke.

George Orwell wrote in his book 1984, “Power is in tearing human minds to pieces and putting them together again in new shapes of your own choosing.” And this is what is happening to our young people at universities and through mainstream media.

I recently listened to a lecture on critical theory by Dr. Neil Shenvi, I recommend it to you as an excellent explanation on the topic. In this lecture Shenvi presented some helpful visuals comparing the Christian worldview with the critical theory worldview. I’ve replicated them below:

Above: Christianity and Critical Theory are competing worldviews.

Above: Questions and answers according to their worldview.

Dr. Shenvi explains, critical theory is associated with a metanarrative that runs from oppression to liberation: We are members either of a dominant group or of a marginalized group with respect to a given identity marker. As such, we either need to divest ourselves of power and seek to liberate others, or we need to acquire power and liberate ourselves by dismantling all structures and institutions that subjugate and oppress. In critical theory, the greatest sin is oppression, and the greatest virtue is the pursuit of liberation.

A Christian’s identity is as a child of God, made in his image. And in Christ there is neither slave nor free, there is no male and female, for we are all one in Christ Jesus.

Critical theory is another gospel. And in parts it sounds very Christian. Don’t be deceived by this wolf in sheep’s clothing. The language of critical theory consists of terms like privilege, systematic racism, advantage and oppression which have no clear definitions or distinctions about them. So, if you are white, there’s nothing you can do but accept that you are racist and embrace the narrative.

There is no mercy or forgiveness. There is nothing you can do to be free from the sin of being a racist because you were born into the group of oppressor. If you are white, you have been complicit in the system of racism by willingly being a part of it. The only thing you can do is to admit your sin and accept the reprogramming so you can be woke. 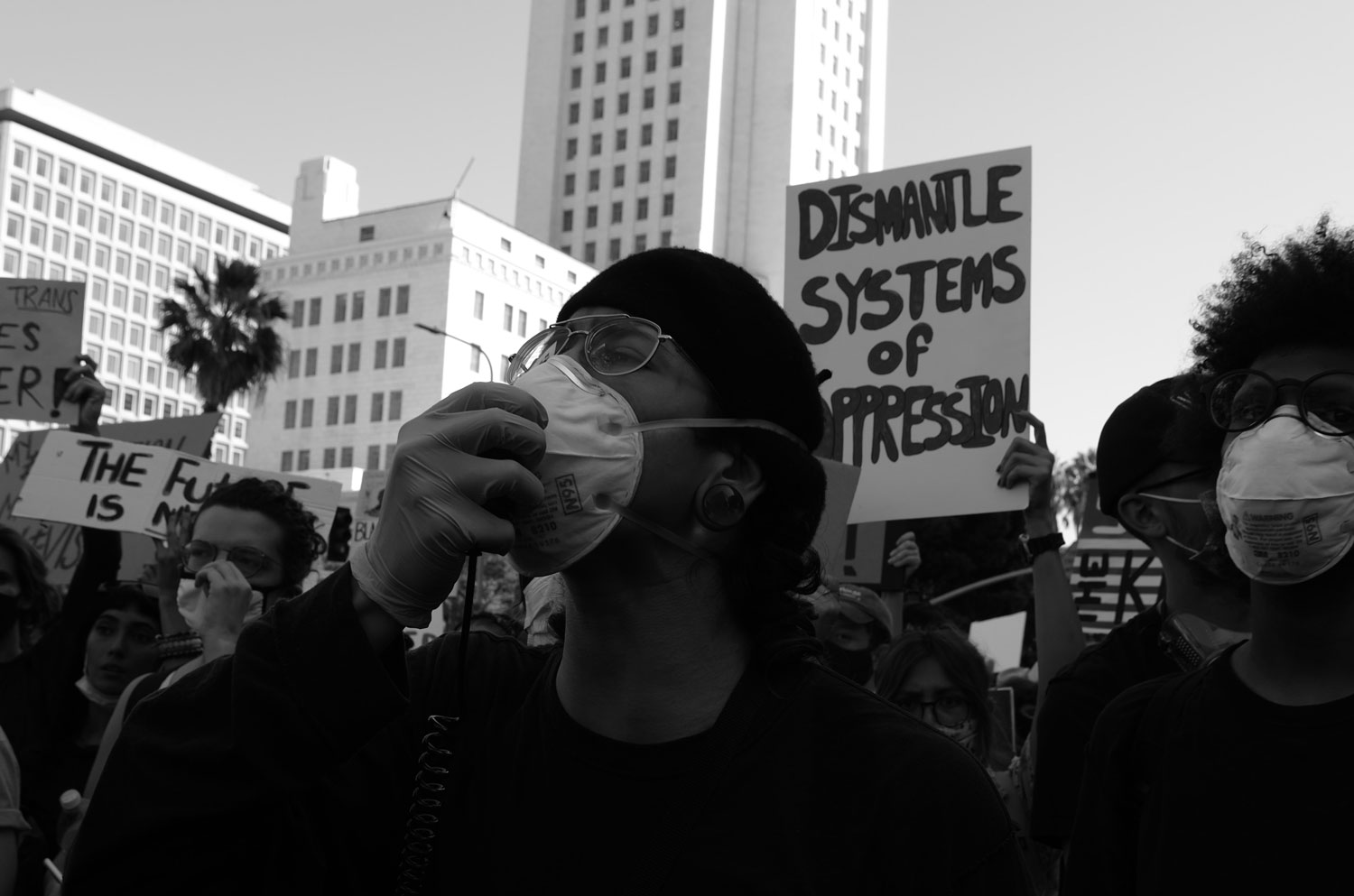 James Lindsay has done a massive amount of research and study on wokism and its underlying framework of critical theory. On his website, New Discourses, Lindsay actually goes so far to say it is a cult. He believes this because of the emotional manipulation and playing on people’s best instincts in order to take control, break down and reconstruct society.

I want to end with a recent story I listened to from an interview with Pastor Edwin Ramirez, a Latino American raised by a black stepfather. He grew up in New York amongst black friends who were always in trouble with the law. In 2015 after a number of years in Christian leadership, spurred by feelings of hurt from black shootings as portrayed in the mainstream media, he began to embrace critical race theory. He read an endless amount of books and got acquainted with other individuals and groups to become more informed, including the book White Fragility which purports that there are two types of white people, those who admit their racism and those who are too fragile to admit it. Edwin says:

I was angry and upset and bitter … bitter at the system. And what’s crazy is that before I became a [Christian] believer, I was woke … I was born into this belief that you really can’t trust white people, you just watch them, but you really can’t trust them … when I became a Christian, and then woke, I then had the same attitudes, anger, bitterness … always wanting to prove myself and that there was always more that white people needed to do. I’d get into these conversations and I’d throw out phrases like ‘privilege’ and ‘we are the oppressed’, those kind of catch phrases and really try to help people see. I was an evangelist, they needed to see and their eyes to be opened to the reality of the systematic racism that we see, or this oppression that is taking place. So I was very bitter.

Edwin shares that his wife is not a person of colour so he took it upon himself to teach her about her privileges and how she must have extra respect for people of colour. She would go out of her way to talk to strangers who were black and come back and tell her husband who praised her for the effort she was making. But he recalls that later after he came out of the fog of this ideology, he confessed he was wrong and asked her forgiveness. As a pastor, he goes on to say about his woke friends:

It’s heartbreaking to see where people are at and now it’s an inner faith conversation in many respects. Because I don’t even know if you are really a Christian … because when you start to use words that we can’t agree on anymore and now there’s these cultish definitions of these words … we need to have a Gospel conversation and not just theoretically, but arrows to the heart, virtue of the Spirit of God working in you, because the conclusions and solutions that you are coming to are anti-God …

Spiritual warfare is a battle for the mind, for ideas and ideas have consequences.

When asked about his journey out of wokism, Edwin tells how he constantly posted provocative quotes on social media about racism. His friends would challenge him in a private message. Some would invite him to have a conversation in which he says that he tried to avoid because he knew that behind his zealousness was emotionalism and he didn’t really have concrete arguments. With wokism, feelings or the sense of grievance is elevated above facts. His feelings were enough and he didn’t need to hear any counter argument or perspective.

Spiritual warfare is a battle for the mind, for ideas and ideas have consequences. So my mind was in a fog, it was literally in a fog. And I understood justification, I understood the doctrine of depravity of man … I understood those things and still I got wrapped in this fog. And the reason why was … the subjective truth was elevated above objective truth, instead of objective truth testing the subjective. Everything I thought was true had to go through this woke lens … I mention this because it’s an attack on the mind, this is spiritual war … and I want to shake my friends and say, ‘wake up!’