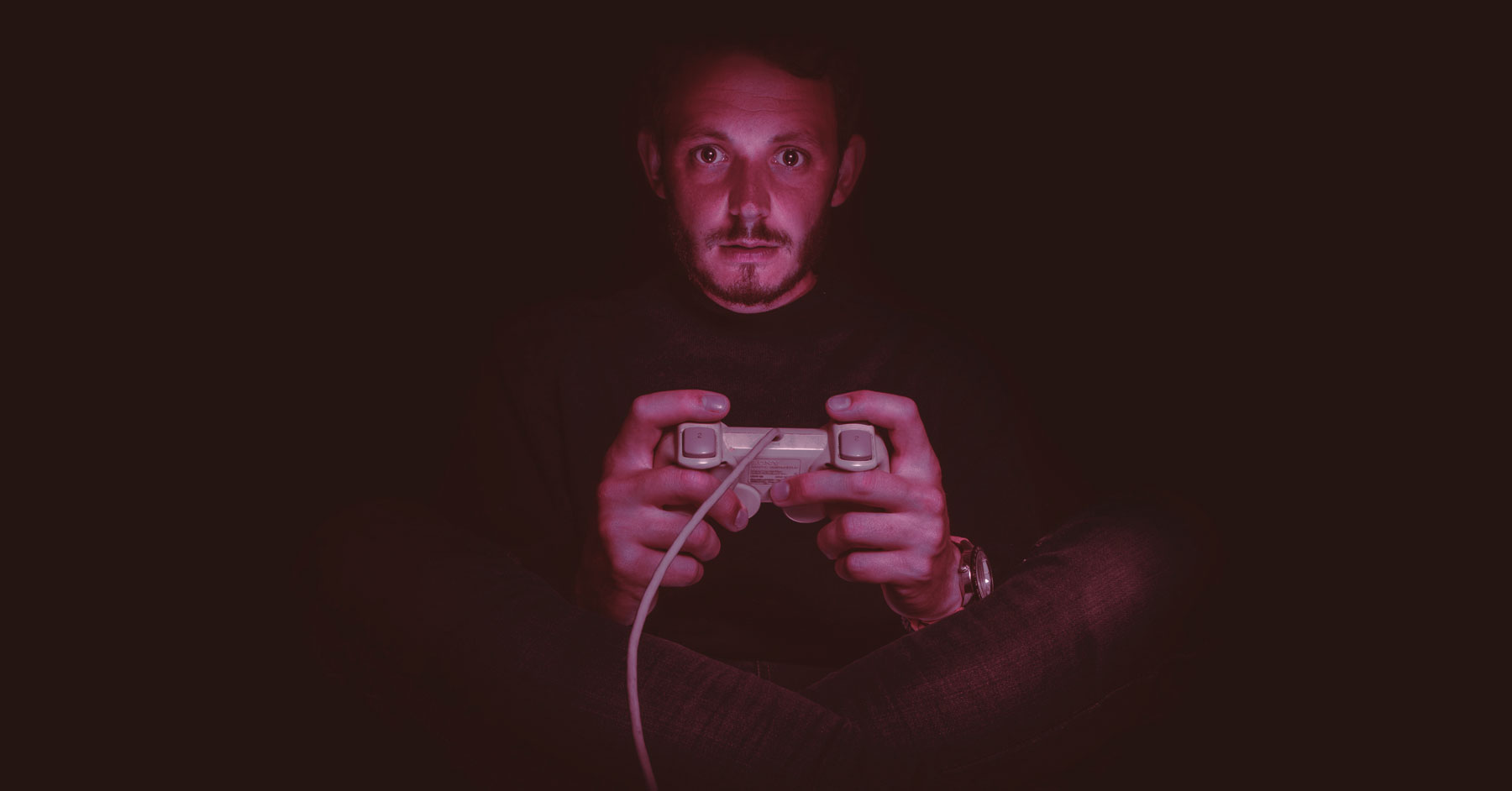 Gamers: Slay the Dragon, Get the Gold, and Get Out of Your Room

I met 17-year-old Patrick while he waited for a friend on the outside tables at McDonalds. We got into a conversation about all sorts of things, but I was particularly interested in why he described himself as a ‘gamer’ up until a couple of months ago.

I think back on that time, it was crazy, I don’t even play now. I’d wake up, and start playing, I’d only get up to get a drink or something. I’d be playing for nine to twelve hours a day. If my parents came into my room, I’d yell at them to get out, because the game is very intense and you can’t break your concentration. I’d also get really angry if I ‘died’ and would punch something, my knuckles are all damaged, see? [Shows me his hand.] It was like that for about four years. I didn’t even want to go out, and the more I kept doing it, the harder it became to socialise.

So what happened? How did you stop?

[Laughing] My dad came into my room one day and smashed my X-box. I didn’t have money to buy another one. If my dad didn’t forcefully do that, then I wouldn’t have been able to give it up.

My dad came into my room one day and smashed my X-box.

So many distraught parents have spoken to me about their sons, like young Patrick, who spend all day, and often most of the night, locked in their bedrooms (or basements) playing computer games.

What is happening to our sons?

Computer games, for the most part, are not bad (although the content and themes of some games certainly can be). They can be educational, social, entertaining, character building, de-stressing and fun. But unchecked they can also become highly addictive.

Experts tell us that gaming becomes an addiction when it takes priority over normal human necessities like bathing and personal hygiene, sleep, normal meal schedules, family and other social interactions, and so on. Patrick was right, he was addicted, just like the scores of other young men across our nation.

A ‘gamer’ is a person who defines themselves by the games they play, as opposed to a casual player known as a ‘non-gamer.’ And here’s the biggie, gamers are mostly young adult males aged 18-29.

One third of young men describe themselves as a gamer. That’s huge.

Fully 77% of men ages 18 to 29 play video games (more than any other demographic group), compared with 57% of young women – a 20-point difference. Additionally, one-third of young men agree that the term “gamer” describes them well, more than three times the proportion of young women (9%) who describe themselves as gamers.
– Pew Research Center.

One third of young men describe themselves as a gamer. That’s huge.

The online forum of Reddit provides a place for discussing issues with anonymity. Blogger , Boss Hunting, published a couple of comments in his article The Stark and Harsh Reality of Video Game Addiction:

World of Warcraft ruled my life for a solid 6 years. Family outings? Sorry. Gotta raid. Social events with friends? Need that new mace sorry breh. Put on about 75lbs strictly cause of my sedentary lifestyle with the main focus being WoW [World of Warcraft]. My hair and teeth were dirty. I smelt. I was a mess to say the least. But that same terrible video game addiction has led me into the beautiful life I currently hold. 100lbs slimmer and no longer under the chains of Blizzard Entertainment.

Best friend in high school was an excellent student and an over-achiever for his age. ‘Years later, after I moved to a new school, we kept in touch. But only once in a while would I message him. By the time I finished college, he still hadn’t been to any more school since 12th grade, and still doesn’t have a job. He stole his brother’s debit card to buy some Facebook game bullsh** (the kind of games he used to despise.). He’ll be 21 this November, and he hasn’t done a single thing with his life yet, all because the only thing he cares about is video games. He developed social anxiety, and because of it refuses to see a doctor, for fear of meeting a new person or facing his problems.

So, why are young men drawn to video games? Hunting goes on to relay a discussion between two psychologists, Dr Jordan Peterson and Dr Warren Farrell:

We have – through technology – a perfect escape. That escape is into video games, where you can identify with the hero and you can lose the game as often as you wish with nobody noticing. Then, as you begin to get better with certain manipulations, you can play that game with certain types of people and increase your skill set at the game. But you’re never able to translate that into everyday life and so you start becoming addicted to that game which is designed to increase your dopamine without having to actually achieve anything.

People have a capacity in them to set the world straight… But not if all their time is spent in other worlds.

So computer games provide an escape, an adventure, a world where a boy or young man can be the centre, the hero, where he can slay dragons and capture the gold. It’s a false world, a fantasy, but it feels good because it gives regular dopamine rushes.

But there comes a time when a boy needs to grow up, to forge forth on his own, Dr. Peterson said it so well in his interview with Cathy Newman:

What I’ve been telling young men is that… there’s an actual reason to grow up. Which is that they have something to offer. People have within them this capacity to set the world straight and that’s necessary to manifest in the world. Also, doing so is where you find the meaning that sustains you in life.

People have a capacity in them to set the world straight, especially young men.

But not if all their time is spent in other worlds.

Our young men need to be set free from what is keeping them in their rooms and basements chained to their video games. Is it a disease? The addictive condition that the World Health Organisation calls a ‘Gaming Disorder’? Or is the answer less complex? What is that thing that is holding them captive? Correct diagnosis will determine the effectiveness of the treatment.

The Biblical Counseling Coalition published an excellent article on this issue titled, The Making of Make-Believe Diseases: Video Game Addiction. The author challenges the “world’s system of diseasing behaviours” in which mental health and pharmaceutical industries benefit from distraught parents seeking help. Mark Shaw, the author of the article explains:

The “help” offered to combat this so-called disease will often be godless counseling and psychotropic medications that numb kids and create dependence, side effects that sometimes impact physical development in children, and other attending problems. That may sound like strong language at first, but unfortunately, that is the common pathway for diseasing behaviors. The secular psychological community can only offer medications and talk therapy to its “patients” as it treats these problems as a medical problem rather than a heart-desire problem.

Mark Shaw doesn’t discount that need for counselling help and support, in fact, he is the founder of The Addiction Connection which is a network of counsellers whose expertise is in addictions, and who offer “Hope of the Gospel for the Heart of Addiction.” 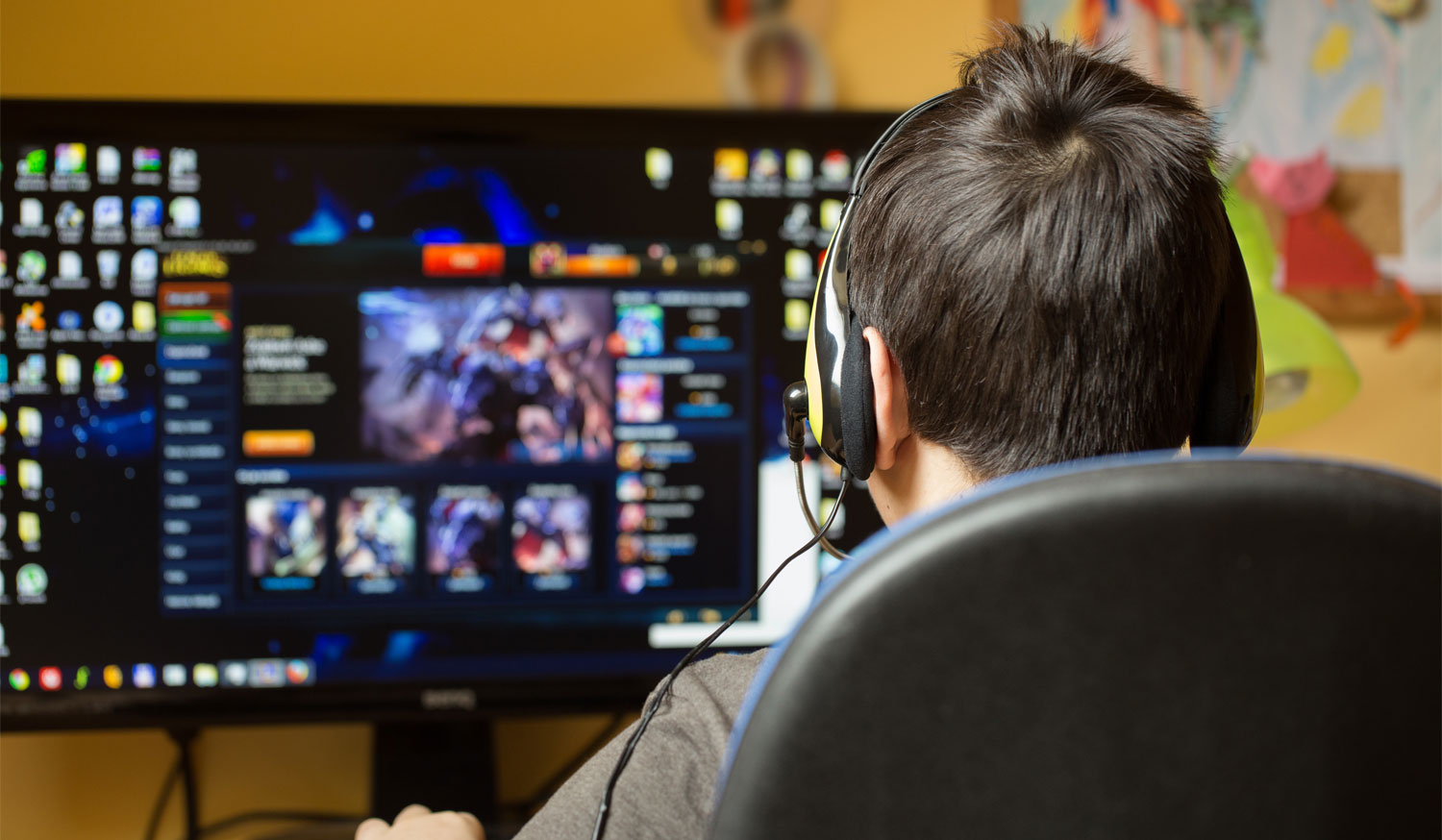 Parents, we must step up. As a preventative, we need to avoid encouraging a mentality of entitlement to entertainment and amusement from the very early stages of childhood.

When we succumb to an acceptance that this is a disease, we can miss the opportunity to gently share the love of God. If we keep using this label, a victim mentality will prevail, and with a victim mentality comes a sense of helplessness and hopelessness.

Brothers and sisters, we cannot give up hope, because we are not a people without hope.

And for those young men who are now adults, still in their bedrooms and basements glued to their screens, this sounds to me very much like a spiritual heart problem that needs a spiritual remedy.

If you don’t think you have an addiction, the surest test is to try and stop. I’m not talking about convincing yourself that you could stop but to actually go without for a period of time, at least a fortnight. See how you go. (Psychology Today lists six signs of addiction here.)

If you can’t stop. If you’re struggling to engage with God and others, if you’re not achieving anything meaningful in the real world, if your whole life revolves around gaming then you have been taken captive. You are enslaved.

Jesus came to set the captives free. It’s time to walk in that freedom.

There are real adventures to be had, an enemy to be fought, a King to serve and only one life to live.

For biblical insight into the problem of excessive TV, video gaming and internet activity and a practical plan of action, see Mark Shaw’s book here.

For more on engaging in the spiritual battle for our young men see my book, Lost Boys: Bring them home. Available now.