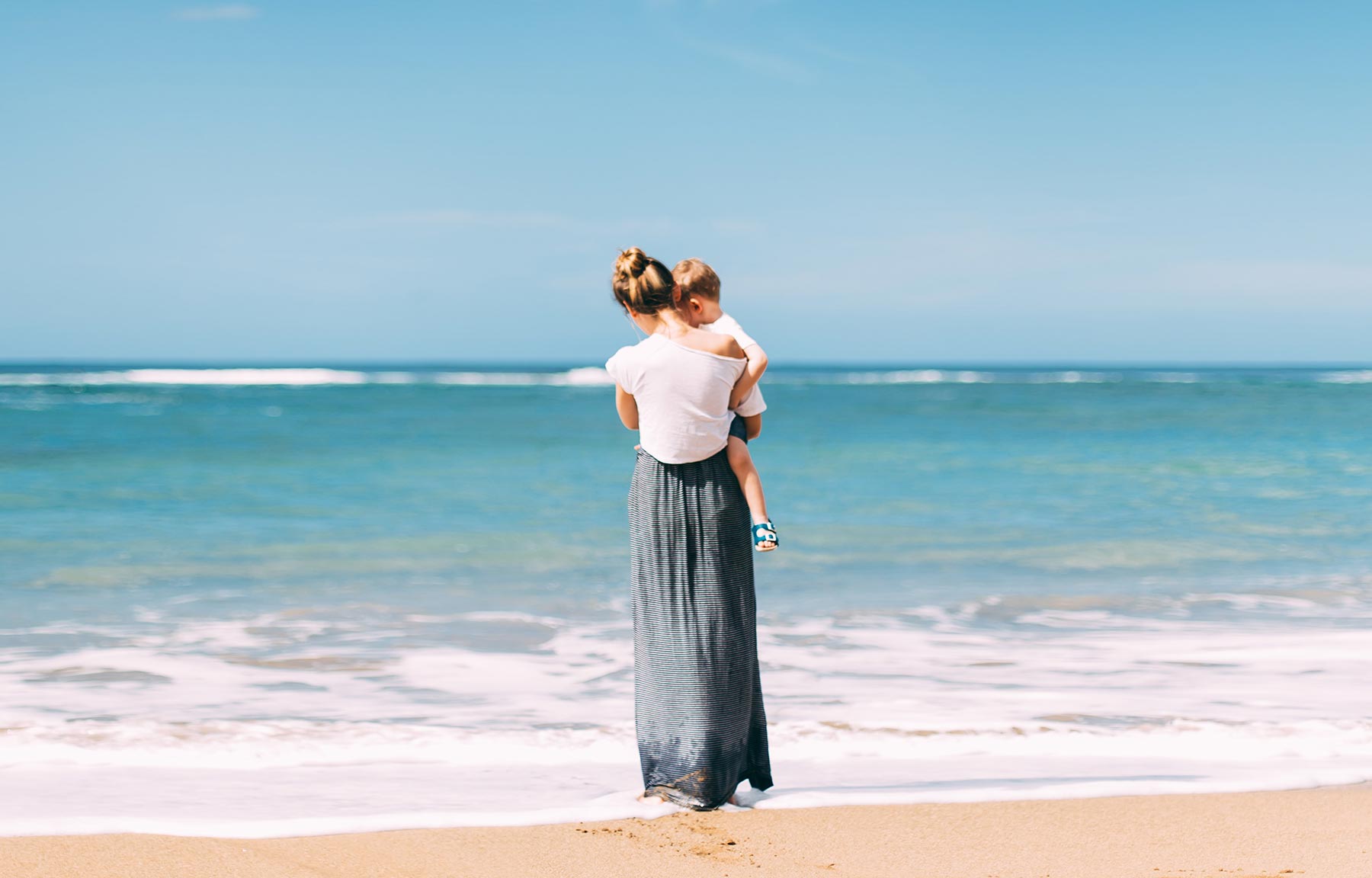 In 1975, coincidentally during the time of the Cold War and the West’s resistance to Marxism, Simone de Beauvoir, a French existentialist philosopher, writer, social theorist, and feminist activist, said something revolutionary about women.

In an interview with Betty Friedan, a leader in the American women’s liberation movement, she said, “No woman should be authorised to stay at home and raise her children. Society should be totally different. Women should not have that choice, precisely because if there is such a choice, too many women will make that one."

What she was saying essentially was this: If given a choice most women would choose to stay at home with their children.

No woman should be authorised to stay at home and raise her children… Women should not have that choice, precisely because if there is such a choice, too many women will make that one.

She was right about this, of course, for most women, given the choice, would indeed choose to stay at home with their children.

For the feminist movement it followed then, that from childhood, girls must be taught contrary to their unique design as a woman.  That’s why today, you will only hear it said that a woman’s highest calling and value is found in the marketplace, in the workforce, a vocation outside the home.

This is why childcare is one of the priorities of feminist advocates and their sympathisers - to get women back out into the workforce as quick as possible after they have their babies.

This is an inversion or reversal of God’s incredible calling of motherhood to nurture, protect and teach her children; to cultivate, educate and encourage them to goodness and their noble calling. More than that, it is to make her home a sanctuary of love, peace and safety for the entire family.  This is a full-time 24/7 role that is by no means easy, because it is an act of selflessness every day.

Whilst researching for my recent book, The Next Revolution: Resisting the Cult of the Self, I was astonished at how the women’s liberation movement was hijacked by elite women, many of them childless, who didn’t represent the majority.

These women embraced the philosophical ideas of Marxism and subsequent philosophers who built their ideas on the Marxist theory of the Oppression of Women, and dismantling traditional structures like family, motherhood and fatherhood.

I was equally bewildered at how these ideas have been absorbed by Christians without any resistance, so that it is now a given that Christian women, including mothers, leave the home and unite with the workforce.

This, of course, has been the core Marxist communist/socialist slogan down through the decade - “Workers of the World Unite” - invariably accompanied by a graphic featuring an angry fist in the air.

Not to be left behind, the women’s liberation elites adjusted this slogan to “Women of the World Unite!” 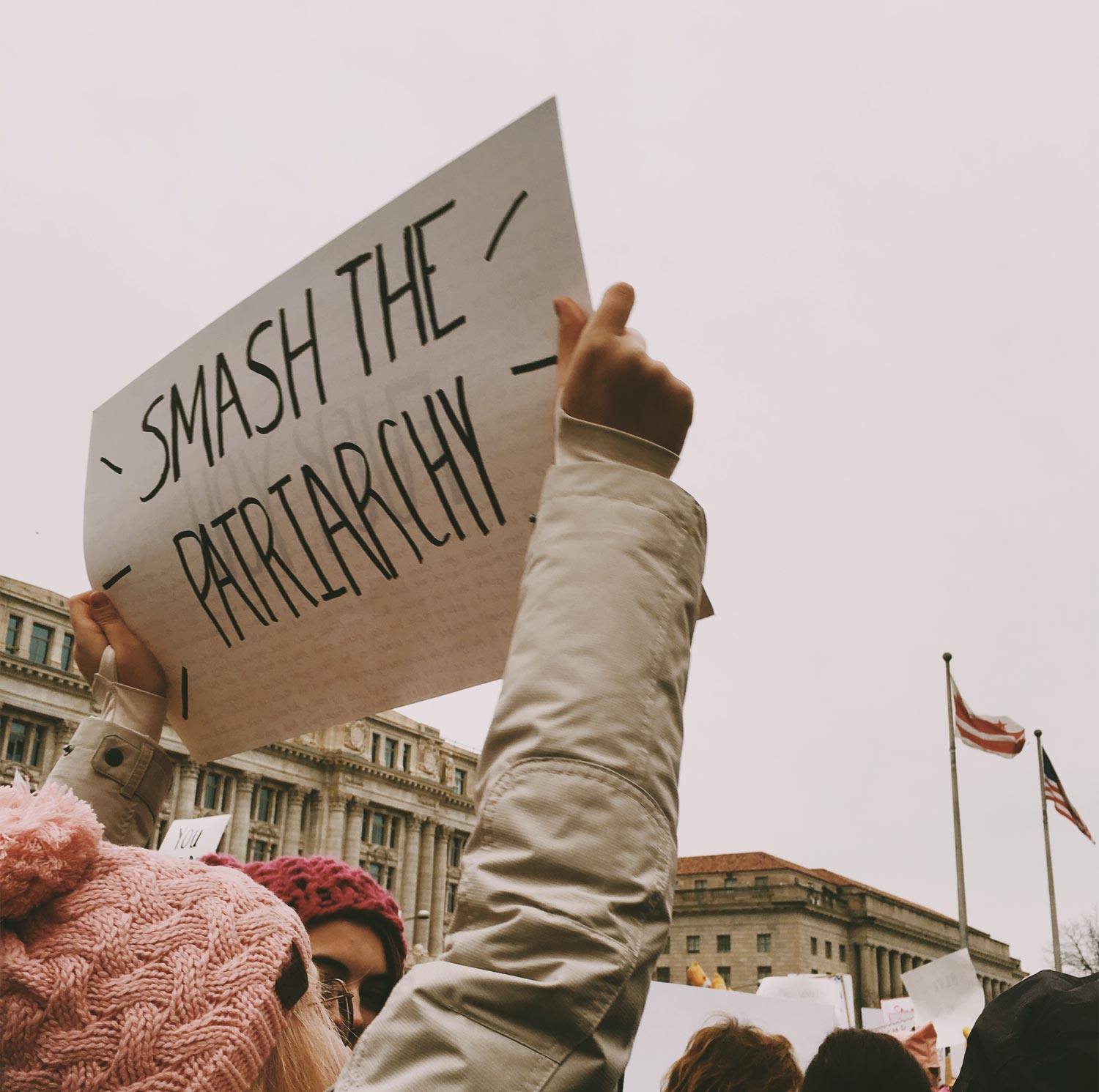 Today we see the success of the so-called liberation of women, as for the first time in American history women outnumbered men in the workforce. There is surely no one more dependent than a wage worker.

And what a tragedy, women now outnumber men in the workforce. Since the U.S. is the cultural leader of the world, we know what is coming for Australia, if it hasn’t already overtaken us.

So, this message is for my sisters in Christ, particularly the younger women, daughters in the faith.  Don’t be deceived by the high-sounding ideas from the elite, influential women of the world, as their ideas are simply “empty philosophies” as referred to in Colossians 2:8.

They will lead you to frustration and unhappiness, because they are in direct conflict with your God-given natural design and purpose.

Recently I was in a meeting of Christian women leaders, both young and old and I presented them a question to ponder: What if the minister or pastor stood up one Sunday and said something to the effect that according to God’s Word, a woman’s highest calling is motherhood, and mothers should make it a priority to be at home raising their children.

The room was silent, except for some odd gasps and awkward laughs.  Finally, they told me that this could never happen; it would offend too many members, especially the women - even though they all discreetly agreed that this was in fact Biblical teaching.

My question was: If this is Biblical teaching, then why couldn’t it be taught openly in the church?  Has the world’s culture, its ideas and philosophies, so permeated the church that what has become anathema to the world, is now anathema to Christians?

The church most influences the world when the church is least like the world.

Motherhood and the idea of being a ‘stay at home’ mum has somehow become one of the lowest base callings for a woman and a waste of talent because, anyone can be a mother.  Or can they?

I recognise that we are in a day and age where many women now often have no choice but to work outside the home, and my heart goes out to them.  I know many beloved sisters in this situation who feel enslaved as the choice has been taken from them.

My admonition for the church is to provide practical help for young mothers who want to stay at home and raise their children.  Can the local church community lift the burden so that a family can cut down the number of days the mother needs to work?

Their precious children, the next generation of Christians will be thankful to the church, and perhaps we will not have so many of our young people walking away from the faith.

Motherhood and the idea of being a ‘stay at home’ mum has somehow become one of the lowest base callings for a woman and a waste of talent because, anyone can be a mother.  Or can they? 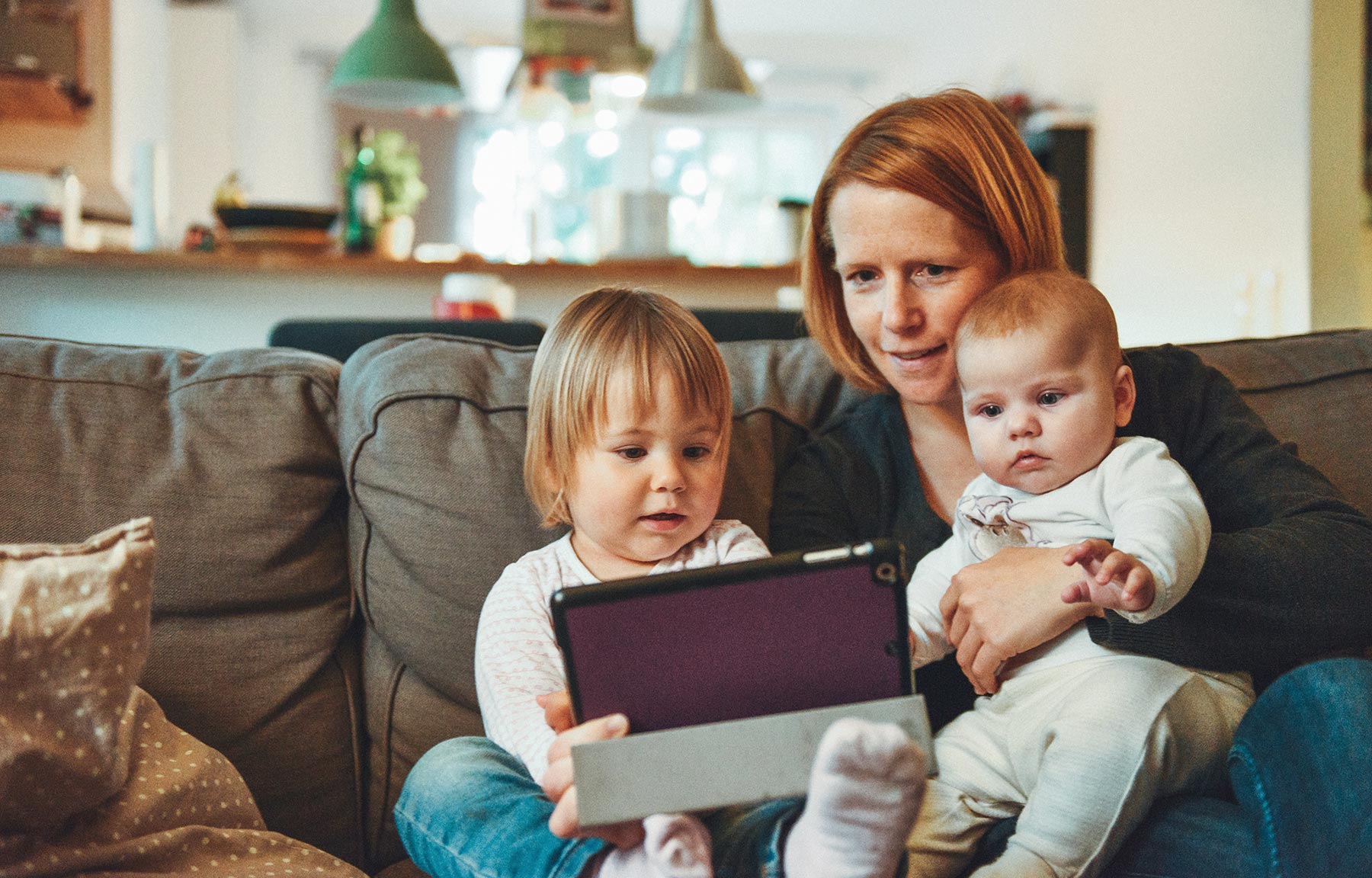 From the beginning, God created women to be mothers, in fact, the name Eve means “the mother of all life.”  As we observe the Roe vs Wade abortion overturning, it is ironic to see that women are the majority of angry protesters on the streets advocating for the right to kill the most vulnerable and weakest in our society, the unborn.

I watched one woman leader say, “My abortion was an act of self-love.”  The babes in the womb are voiceless, but if they had a voice, I know they would choose life. Christian women (and the church), we must stand up for motherhood and put it back in the top place of honour from which it has fallen.

Feminist Simone de Beauvoir conceded that if women were given the choice to stay at home with their children, most would make that choice.  It’s our God-given innate design and our children need us!

To Christian leaders and elders, both men and women, I sound the alarm.  We have heard much about fatherlessness, but the church needs to also address motherlessness because the flame is flickering dangerously low.

The church can liberate Christian women to pursue their highest calling of motherhood.  This idea is radical, it’s different from the world and its God’s design.

Jesus is the true liberator of women - follow Him! 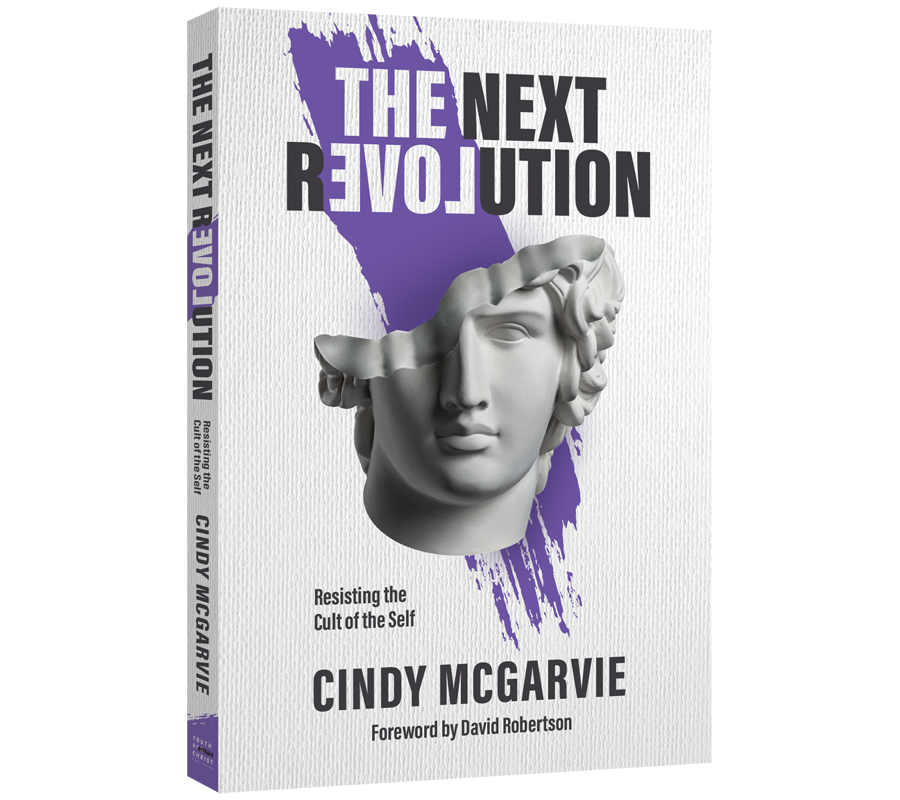 As a society we've dismantled our Christian foundations and placed ourselves on the throne. The Next Revolution exposes the shallow philosophies that have shaped culture and infiltrated the church and illuminates the way forward. 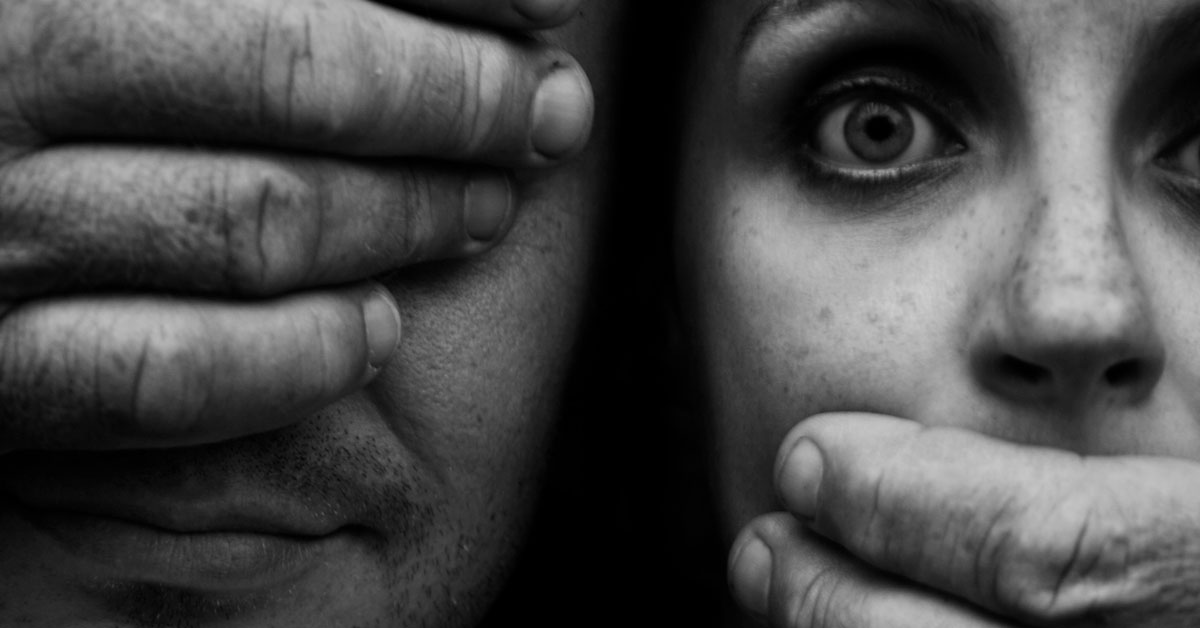