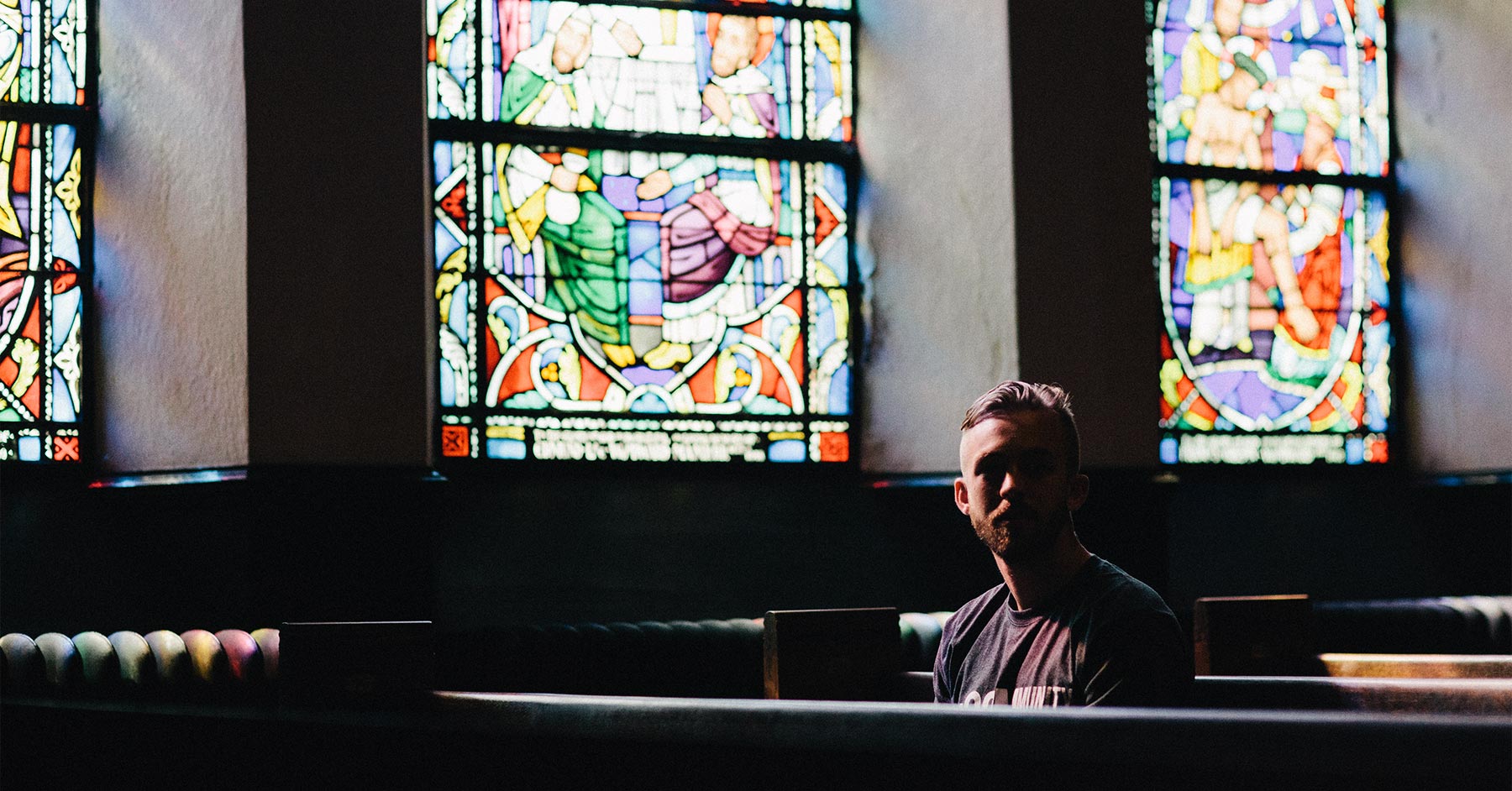 I was once a lost boy.

Recently I found myself scrolling through my Facebook profile and looking at the photos that I had featured in over the years – ten years, to be precise. I could feel a nervous smile intrude my cheeks as I scrolled because I knew what my life had been like but I began to wonder if Facebook would reveal it.

What does the Facebook-projection of Isaac Parkinson look like? How did my real unfolding narrative compare with the one being written simultaneously? Like everybody, I used filters – in more ways than one.

Instantly I noticed something - there were so many photos missing!

I recalled that at some point I had developed a habit of cleaning up the evidence of my lost and erratic lifestyle by deleting the incriminating pictures... A behaviour I inadvertently learnt as I observed the paradoxical reality of broken people telling me to behave righteously in order to be acceptable to my spiritual peers. (This dynamic is commonplace in our church culture, and I will explore the remedy in my next article.)

I had developed a habit of cleaning up the evidence of my lost and erratic lifestyle by deleting the incriminating pictures...

I should mention at this point that I had grown up in a Christian family. Both of my parents had a clear understanding of the grace of God in their lives. Each of them with a testimony of God’s dramatic and powerful restoration both individually and as a couple.

I had managed to score all of the ‘privilege points’ – married and present parents; healthy middle class lifestyle; church community; education opportunities; etc. etc. But I had one inherent predisposition that held me back. The only one that really matters: I was born broken and disconnected from my true purpose. And make no mistake, this predisposition lies in every unredeemed life – leaving us exposed to a plethora of pain-exacerbating lies that have pricked the ears of mankind since the beginning of human existence.

So, as I scrolled through my Facebook feed, I began to recall the familiar routine that I rehearsed on many Sunday mornings as a teenager. I would wake up, often hungover or coming down off whatever I had taken the night before, and delete the photos that people had posted of me, in order to hide my brokenness from the Christians around me. Why? Because that confliction was less painful than the isolation and rejection I feared would come if they found me out.

Growing up, the answer to my brokenness was supposed to be God, but in my experience, the Christians in my life fostered the biggest disappointment towards me.

My psyche was plagued by the inescapable lie that I would never reach the expectations of those that loved me – that I was only a perpetual disappointment. Even compliments seemed to have a swift right-hook behind them, like ‘Isaac, you are so intelligent, but… (insert disappointment here)’. I believed I was nothing but a high-capacity person riddled with a propensity to screw things up.

Can you feel that? That’s called hopelessness. And that’s what pushed me into the next phase of my life.

Growing up, the answer to my brokenness was supposed to be God, but in my experience, the Christians in my life fostered the biggest disappointment towards me. They were my representation of God, and I found this representation too painful to follow. So the only other option was to… ESCAPE.

For a young Australian man, the wild and erratic lifestyle that I lived was more fulfilling than religion.

From the age of 14, through school, football clubs, my local neighborhood and childhood friends, I found myself surrounded by non-christians. I was introduced to drugs, alcohol, parties, sex and an entirely different life. I said goodbye to my God-given gifts of leadership, music, connecting with people and said hello to the world. I had a reputation to be the life of the party and a heavy drinker. I no longer felt judged, I could express myself however I wanted to, and I ultimately was in control of my own life.

I still associated with some of my Christian friends through my obligatory church attendance with my family, so I would lie about my wild, erratic life in order to keep face. I lied in order to avoid the disappointment I could see looming in their eyes - pointed at me like a double-barrel shotgun eager to interrupt the life of whatever gets in its way.

By the time I was 17 I had become the quintessential young adult of rural Australia. Utes and longhorns, booze and smutty humour, blueys and Winfield Reds – boots and all.

My lies caught up with me and eventually the other young adults at church caught wind of my behaviour. I was the bad kid in the church and the black sheep of my family (funnily enough, I had managed to play into the narrative that had been spoken over me). I was the centre of the rumour mill, feeling rejected and outcast by those that I thought were supposed to accept me. On the occasion that I did go to church I could feel a sea of judgemental eyes piercing holes through the back of my head. This was, without a doubt, the most agonising season of my pre-Christian journey. The uncomfortable feelings that I was experiencing were later labelled as depression. It was ultimately fueled by self hate, hidden beneath a theme of self-destructive living, driven by shame. I pondered suicide a few times, but I distinctly remember one night, in a drunk stupor, yelling out to Satan and telling him that if he wants me he can have me because I’m sick of my life. In retrospect, this was my ultimate gesture of displeasure towards the world around me.

Let’s stop there for a moment.

My intention isn’t to sensationalise my old life, but merely to touch the edges of it in order to invite you into the exciting revelations that follow. But before we move on, I’m going to make a bold statement that summarises my conclusion from this season: For a young Australian man, the wild and erratic lifestyle that I lived was more fulfilling than religion.

Religion offered me a sense of duty and obligation to behave a certain way to fit in with a certain crowd in order to please God. It was so close to the real thing - the Kingdom of God - but close is not close enough. My conclusion was reaffirmed by the next season.

As I mentioned earlier, shame was one of the key factors that held me away from God’s intention for my life. I partnered with the idea that I had to hang my head in shame around my spiritual peers, confessing my depravity before them, as an acknowledgement for my sinful life (this may seem like humility, but this mindset is in direct opposition to the Kingdom of God). When I was 19 I realised that all of my peers had no sense of direction! The drinking increased, the drug use got worse, the decisions more foolish.

But through all of this the lives of the few Christian friends that showed me unwavering grace stood out even more. They had this assurance of their life that I knew I had to reconnect with, and in an attempt to fix my life, I walked back. Straight back towards religion. Oops.

Religion offered me a sense of duty and obligation to behave a certain way to fit in with a certain crowd in order to please God.

I got baptised, I was using my giftings as a worship leader, I began to date a respectful Christian woman who eventually became my wife, and I conformed to the religious paradigm that was in front of me.

But, as I concluded earlier, wild living is more satisfying than religion.

I would recite statements of freedom but experience bondage. I was told that even as Christians we are all sinners, inherently horrible, yet paradoxically can have a relationship with a perfect God. So now out of a strange mixture of shame and thankfulness, we behave better in order to show God we’re thankful. ‘Sin is like beating another nail into the hand of Jesus,’ I was told. And I was using up a lot of nails.

Behind closed doors I continued to smoke, drink, abuse prescription medication and look at pornography. And better yet, I dragged my rubbish into marriage where my wife would patiently support me. Torn between the world and God, I would occasionally share my sorrows with trusted Christian leaders who would affirm me by telling me things like ‘We all have rubbish under the bed!’. Like somehow identifying with the misery of others frees us from our own. There was an unspoken distinction between different sins. Never publicly acknowledged, but our response to them would prove this distinction. We would gossip, but judge those who drank. We would harbour unforgiveness, whilst marooning the sexually immoral. We would put up with the subtleties of pride, but publicly shame those leaders who ‘fall from grace’. And by we, I mean to say that I was as guilty as anyone. Luckily I was born again and am going to heaven though, right? No wonder a lifestyle of sin continued to tempt me, as it was the less-conflicting alternative to the hypocrisy I was living in.

I have written this to give you hope. Jesus set me free.

I had every excuse to walk away from it all. To do in public what I was doing in the shadows, angry at the hypocrisy of what I saw. Follow the bitter footsteps of other prodigals that have strayed before me. But if you identify with any of what I’ve just written - the wild lifestyle or contradictory religiosity, I have written this to give you hope.

In part two I’m going to explore how this came about. But in the meantime I would ask you to ponder this scripture from John chapter 8:

“If you abide in my word, you are truly my disciples, and you will know the truth, and the truth will set you free”.

Are the young people in your life free? 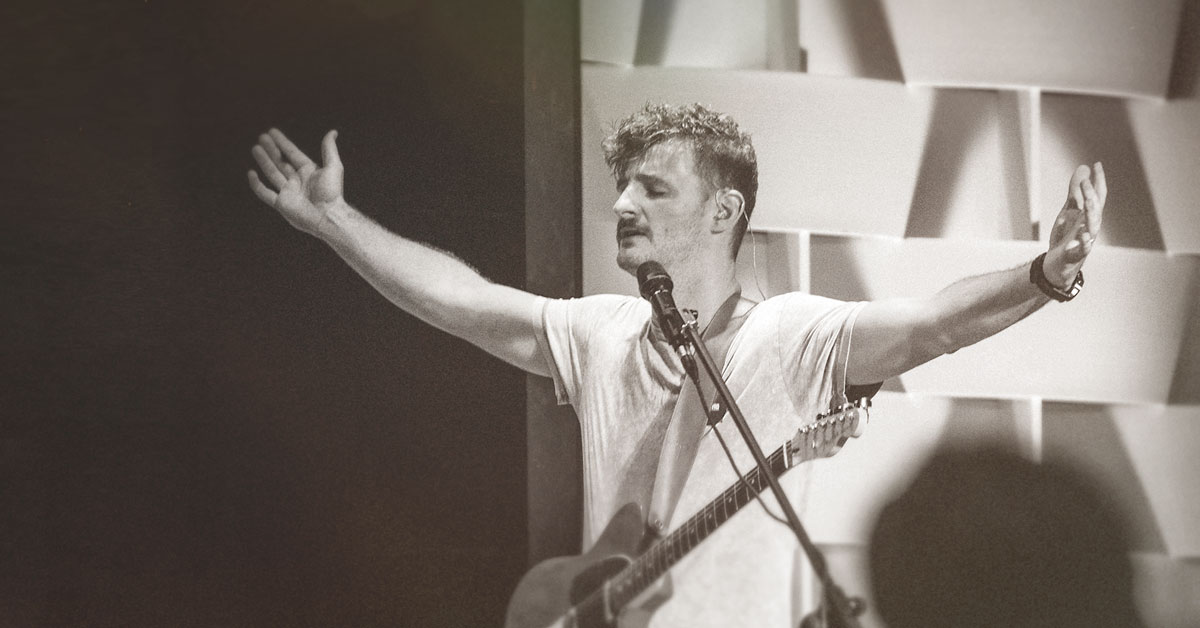