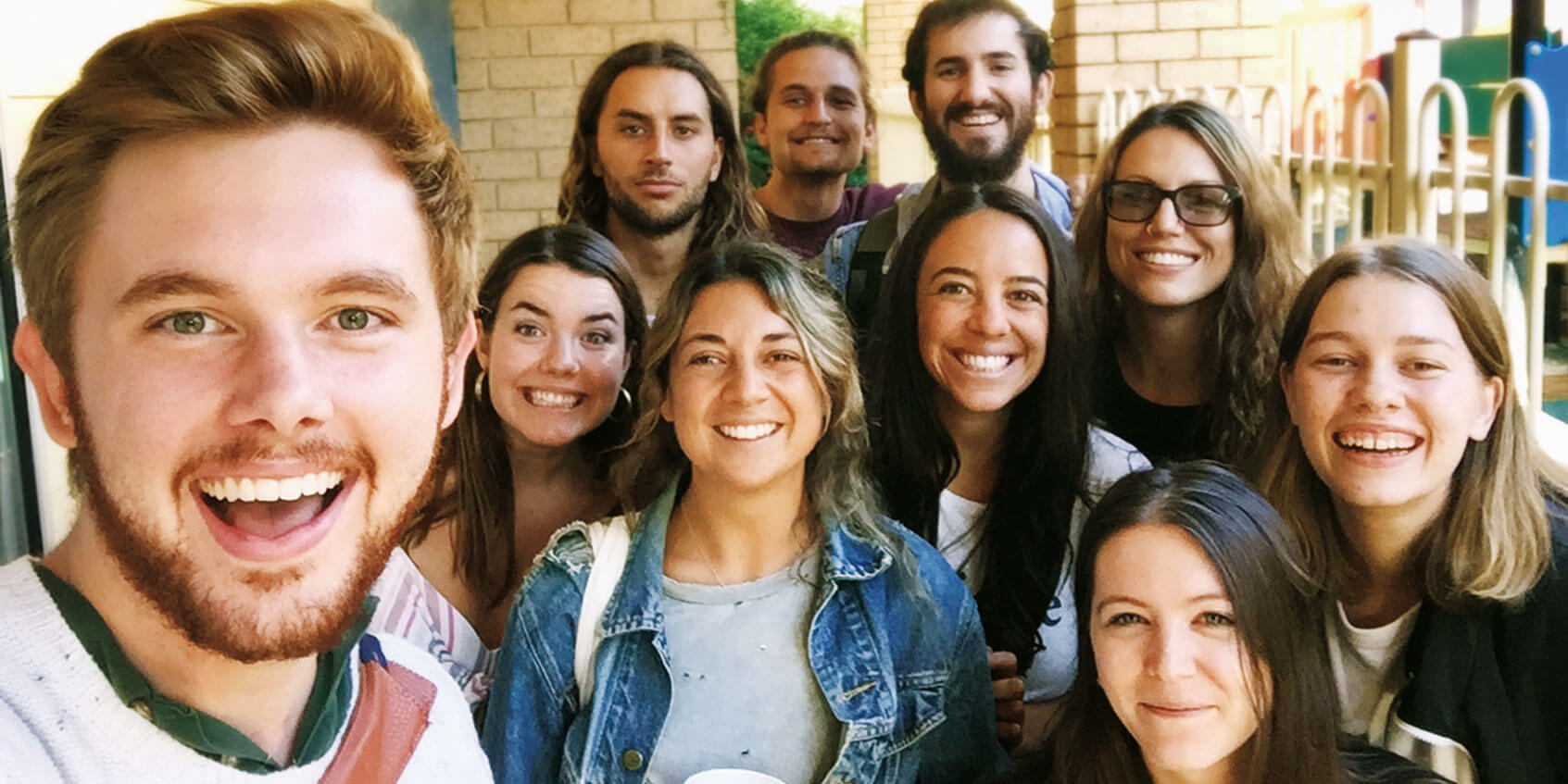 Is it possible to share Jesus effectively with a stranger in the few moments while you’re stopped together in traffic?

Young Jesus people don’t stop to ask this question. They just overflow their love for Him wherever they go, unashamedly sharing their hope in Jesus when opportunities arise.

Five of our newest team members were driving together from the airport to the recent YFC orientation training weekend when just such an opportunity arose.

As they pulled up at traffic lights while worshipping God in the car, a young man in the vehicle next to them pulled out his headphones and made the surfy, “hang loose” gesture to them enthusiastically.

This prompted our team to wind down their window and briefly share that Jesus loved him and that it was something he should think about.

“We both drove off from the traffic lights but this guy was burning on our hearts, so we decided to write him a letter,” recalls Nathan, YFC’s new Outreach Coordinator.

“As we prayed about what to write, I felt prompted to address the issue of separation in relationships by encouraging him that while human relationships often fail, nothing can separate us from the love of God.

“At the next traffic lights we gave him the letter which also had my phone number on it.

“And the guy texted us back to ask about church, thanking us for sharing Jesus with him, and saying that he would love to hang out with us.”

Later, the team received another message, this time from the young mans brother, which shared, “Thank you… [My brother] fell away from church a [few] years ago and so it’s an answer to years of prayer. God is good, you planted a seed today and I know it got Him thinking.” 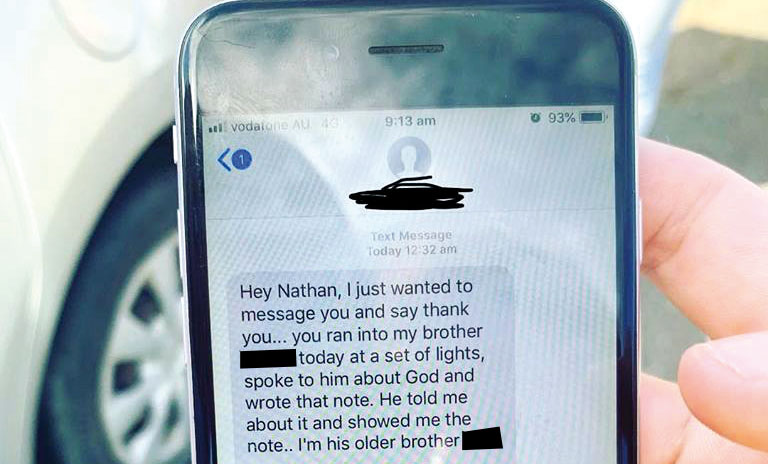 These simple yet potentially powerful opportunities happen as young people take hold of the simple Gospel and start walking in the freedom it provides – unashamedly sharing the hope they have with others. And through your prayers and gifts you’re supporting and equipping them to stand for Jesus.

In summing up this interaction YFC’s Ministry Director Andrew Scarborough, shared, “As crazy as it may feel jumping out in traffic and sharing Jesus, there are so many people whose lives have been transformed from just one conversation and mine’s one of them. So, let’s just be faithful and obedient!”

Thank you for faithfully standing with this growing movement of Jesus people.